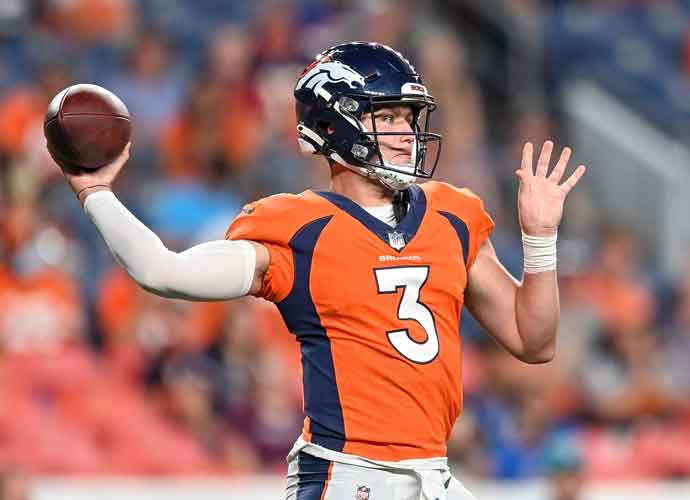 DENVER, CO - AUGUST 28: Drew Lock #3 of the Denver Broncos passes against the Los Angeles Rams during an NFL preseason game at Empower Field at Mile High on August 28, 2021 in Denver, Colorado. (Photo by Dustin Bradford/Getty Images)

Prior to week 12 of the NFL’s 2020 season, which pitted the Denver Bronco’s against the New Orleans Saints, Broncos’ Jeff Driskel tested positive for COVID-19.  As a result, the remaining QBs, starter Drew Lock and Brett Rypien, were unable to compete due to their contact with Driskel. Kendall Hinton, a rookie wide receiver who sometimes played quarterback during his days at Wake Forest, had to rise to the occasion. Unfortunately for the Broncos, the Saints won by an aggressive 31-3. This was considered by many to be an unfair decision by the NFL. In many similar situations, NFL officials were able to postpone games to create a level playing field, so why were the Broncos forced to play this game without any of their quarterbacks?

Some of these questions were answered recently, nearly a year after the fact. Los Angeles Times staff writer Sam Farmer, unpacks this week 12 affair in his interview with different NFL officials — including commissioner Roger Goodell.

In this article, Farmer reveals that the Broncos QBs had been caught on camera tampering with their contact-tracing devices. The quarterback “removed their contact-tracing devices and put them in the four corners of the meeting room, then they sat together to watch film. That close contact automatically made them ineligible to play.” There were several attempts from Denver’s president to have the match-up postponed, but none were successful. Now, after this new information, it seems like the league reacted appropriately.

Although a painful week for the Broncos and Lock, it will be a day to remember for Hinton. It was with great difficulty that he stepped out onto the field to lead the Broncos, regardless of the result — he threw two interceptions and completed only 1 of 9 passes. After all, he is a wide receiver, not a QB. This moment was immortalized when his wristband was placed in a football Hall of Fame exhibit.

The “Season Review” display in the Pro Football Today Gallery has been updated to include several artifacts from the unprecedented 2020 @NFL season. The artifacts help to tell the story of how the COVID-19 pandemic impacted the NFL.