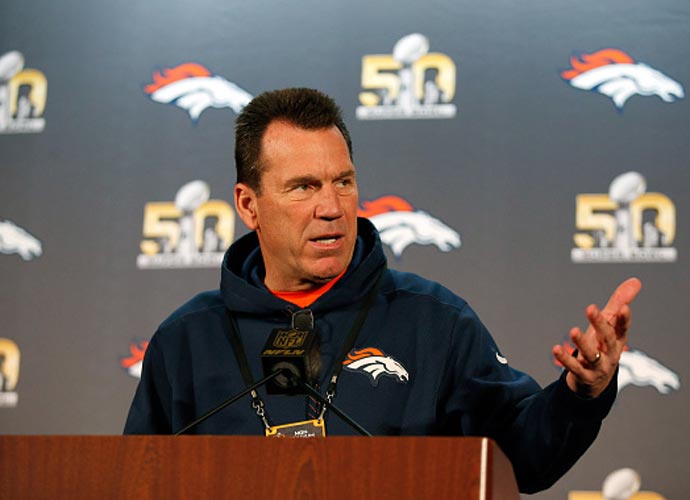 Denver Broncos coach Gary Kubiak had a health scare following his team’s 23-16 home loss to the Atlanta Falcons on Sunday.

About an hour after the game ended, the team stated Kubiak was diagnosed with a “complex migraine condition that caused extreme fatigue and body weakness.” He is expected to be released from the hospital Monday afternoon after “feeling much better” Monday morning, the Broncos wrote in a statement.

The Broncos’ statement also said Kubiak underwent “several precautionary tests” at the hospital in Denver, including an MRI and CT scan, both of which returned normal.

According to the latest update, Kubiak will not coach the Broncos against the Chargers in San Diego on Thursday and will not return to the team until Oct. 17, general manager John Elway announced Monday afternoon.

The 55-year-old coach has dealt with health issues during a game before. He suffered a transient ischemic attack, or mini-stroke, in 2013 during halftime of a game while serving as head coach of the Houston Texans.

The Falcons (4-1) defeated the defending Super Bowl champion Broncos (4-1) using a strong series of I-formation runs and short passes. The game marked Denver’s first loss since Dec. 20 at Pittsburgh, and left the Minnesota Vikings (5-) as the NFL’s last undefeated team.

A week after setting a franchise record with 503 yards passing in a runaway victory over the Carolina Panthers– the Super Bowl 50 losers–Falcons quarterback Matt Ryan threw for 267 yards Sunday and only two of those (covering 29 yards) went to Julio Jones.

Last week, Jones became only the sixth 300-yard receiver in NFL annals. Coleman, who played despite having sickle cell trait, showed off his speed by catching four passes for 132 yards to go with 31 yards on six carries.

Ryan’s small total included a 31-yard touchdown toss to Coleman after Ricardo Allen’s interception at the Denver 42 in the third quarter that made it 20-3.

The game also marked the Broncos’ first home loss since Dec. 13 against the Oakland Raiders.

Paxton Lynch made his first NFL start as quarterback for the Broncos. Lynch, the 26th overall pick in 2016 out of Memphis, got the starting nod because Trevor Siemian’s bruised A.C. joint in his non-throwing shoulder was still bothering him a week after he was taken down in Tampa Bay.

Lynch struggled, however, completing 23 of 35 passes for 223 yards with a late TD to Demaryius Thomas and an interception. He was sacked a half-dozen times, including 3½ times by outside linebacker Vic Beasley.

Lynch’s footwork was a disaster, and his overthrows and misfires ruined any chance the Broncos had of capitalizing on the league’s 30th-ranked defense, including the NFL’s next-to-last pass defense and a patchwork linebacker corps.

The Broncos will next visit the San Diego Chargers on Thursday, while the Falcons will visit the Seattle Seahawks on Sunday.