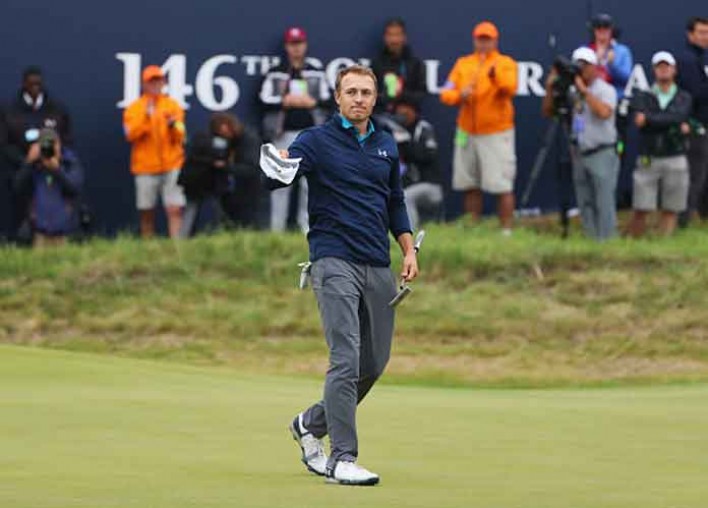 SOUTHPORT, ENGLAND - JULY 23: Jordan Spieth of the United States celebrates victory after the winning putt on the 18th green during the final round of the 146th Open Championship at Royal Birkdale on July 23, 2017 in Southport, England. (Photo by Christian Petersen/Getty Images)

The Open Championship has been postponed until 2021 amid the COVID-19 pandemic. The Royal and Ancient Golf Club of St. Andrews confirmed their decision Monday and said more details will be released when available.

“I can assure everyone that we explored every option for playing The Open this year but it is not going to be possible,” R&A chief executive Martin Slumbers said on their website. As a result of the postponement, the Old Course in St. Andrews, Scotland, will host the event in 2022 and the Royal Liverpool in Hoylake, England which was scheduled for 2022 will now be pushed to another year.

“We remain very mindful of the obstacles ahead, and each organisation will continue to follow the guidance of the leading public health authorities, conducting competitions only if it is safe and responsible to do so,” a joint statement by the Augusta National Golf Club, European Tour, LPGA, PGA of America, PGA Tour, the R&A and USGA said.

Other rescheduled events include the PGA Championship which was supposed to be held from May 14-17, but will now be played from August 6-9 at Harding Park in San Francisco. The U.S. Open is also postponed and will now take place from September 17-20 at the Winged Foot course in Mamaroneck, New York. The event was originally scheduled for June 16-19.

Slumbers later added, “We care deeply about this historic Championship and have made this decision with a heavy heart.

“We appreciate that this will be disappointing for a great many people around the world but we have to act responsibly during this pandemic and it is the right thing to do.

“We rely on the support of the emergency services, local authorities and a range of other organisations to stage the Championship and it would be unreasonable to place any additional demands on them when they have far more urgent priorities to deal with.”