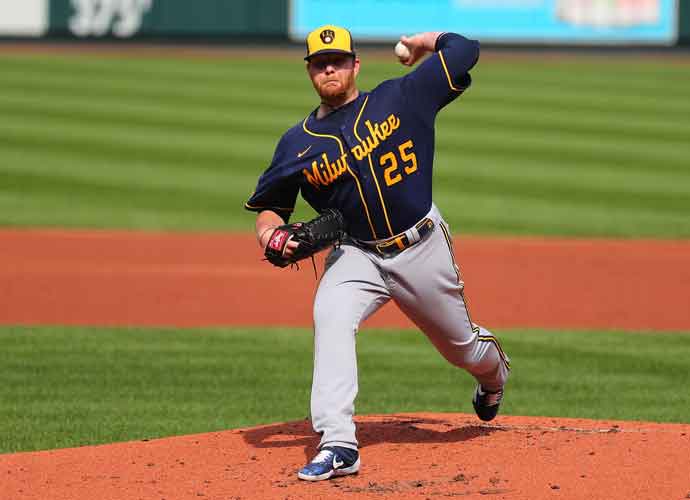 ST LOUIS, MO - SEPTEMBER 27: Brett Anderson #25 of the Milwaukee Brewers delivers a pitch against the St. Louis Cardinals in the first inning at Busch Stadium on September 27, 2020 in St Louis, Missouri. (Photo by Dilip Vishwanat/Getty Images)

The Milwaukee Brewers have reached an agreement with pitcher Brett Anderson. Anderson will sign a one-year deal worth $2.5 million. The contract will give Anderson an opportunity to make an additional one million in incentives.

The 33-year-old pitcher went 4-4 with a 4.21 ERA with Milwaukee last season. The left-handed pitcher missed out on the team’s loss to the Los Angeles Dodgers in the playoffs due to a blister issue.

Missing time due to injury has plagued Anderson over his 13-year career. In 2011, he had Tommy John surgery, and he had back surgery for a herniated disk at the end of the 2014 season. In 2016, he underwent another back surgery but this time for a bulging disk. The 33-year-old pitcher has also missed time because of an oblique strain and a broken finger.

Anderson posted the best statistical season of his career in 2019 with the Oakland Athletics. The pitcher went 13-9 while posting an ERA of 3.89. Over his entire career, Anderson is 63-63 with an 4.00 ERA and 714 strikeouts.