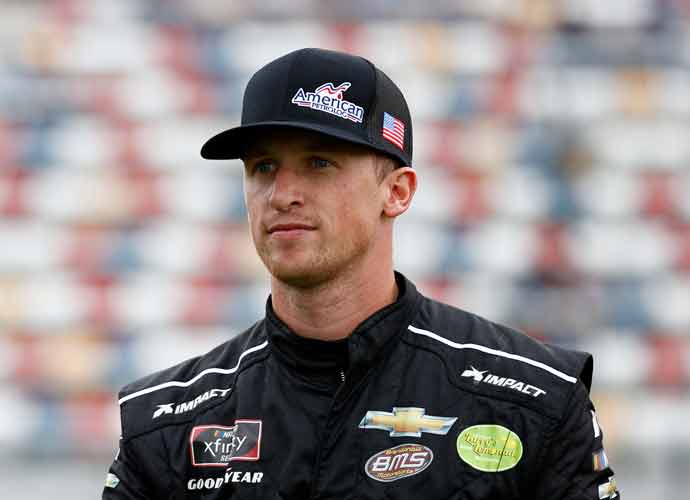 Inadvertent fame is not something that Brandon Brown wants. At least not in the area in which he inadvertently found it.

NASCAR driver Brown became famous for the “Let’s Go Brandon” meme borne by his moniker. However, despite becoming the face of a partisan — albeit vulgar — rallying cry, he says he has “zero desire to be involved in politics.”

The infamy began in October when a reporter was interviewing Brown after he won his first NASCAR race, at Talladega Superspeedway. The reporter misheard the crowd’s chants of “F**k Joe Biden” and thought they were saying “Let’s Go Brandon.”

Conservatives took the slogan and ran with it, with some even selling merchandise with the phrase.

The driver said he didn’t notice the chants at first during the interview, and when he checked social media soon thereafter he thought the whole situation was “kind of funny.”

But the laughter soon stopped.

“Politics can be hazardous to your ability to make money,” Smith said. He added that as a NASCAR driver he wants “to appeal to everybody, because, all in all, everybody is a consumer … I have zero desire to be involved in politics.”

Brown said he hopes to turn the phrase into something more positive, suggesting “Let’s Go, America!”