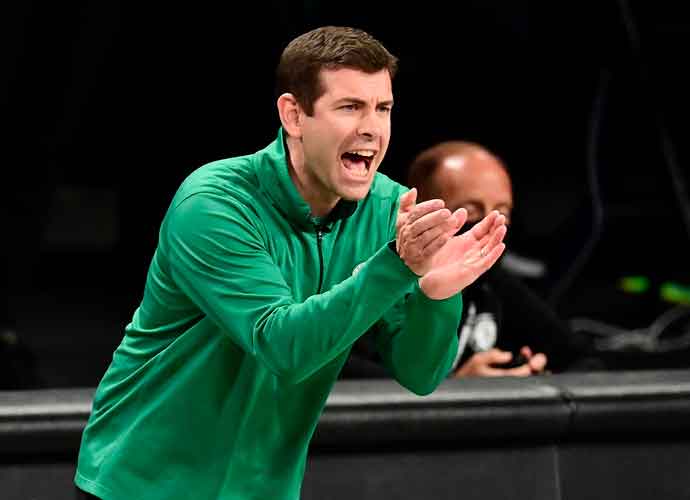 NEW YORK, NEW YORK - MAY 22: Head coach Brad Stevens of the Boston Celtics reacts against the Brooklyn Nets in Game One of the First Round of the 2021 NBA Playoffs at Barclays Center at Barclays Center on May 22, 2021 in New York City. NOTE TO USER: User expressly acknowledges and agrees that, by downloading and or using this photograph, User is consenting to the terms and conditions of the Getty Images License Agreement. (Photo by Steven Ryan/Getty Images)

Danny Ainge, who was the President of Basketball Operations for the Boston Celtics, has announced that he will retire. Current head coach Brad Stevens will step down from the coaching job to fill Ainge’s vacant role, the team announced Wednesday. This means that the Celtics must begin to search for Stevens’ replacement after his eight years at the helm.

Ainge won championships with the Celtics as a player and manager. He is the only person in team history to accomplish this feat. Ainge played a part in 15 playoff appearances for the franchise, including seven conference finals, two finals appearances and a championship in 2008. The Celtics also had the most playoff victories in the NBA since 2007 under Ainge.

“Helping guide this organization has been the thrill of a lifetime and having worked side-by-side with him since he’s been here, I know we couldn’t be in better hands than with Brad guiding the team going forward,” stated Ainge.

Celtics co-owner Wyc Grousbeck also praised Ainge. “Danny has made all the difference over the past 18 years,” Grousbeck said. “Our record of winning percentage and playoff victories is near the top of the league during that time. He has always been a relentless competitor and a winner. Red Auerbach told us Danny is ‘lucky’ and he was right, but a lot of the luck comes from his intense drive and his incredible basketball insights.”

Stevens joined the Celtics in 2013 after a six-year stint as head coach at Butler University. His overall coaching record will stand at 354-282. Adrian Wojnarowski of ESPN previously reported that Stevens was feeling “worn down” in his coaching role, and was looking at possible changes.

“I’m grateful to ownership and to Danny for trusting me with this opportunity,” Stevens said. “I’m excited to tackle this new role, starting with a wide-ranging and comprehensive search for our next head coach. I love the Celtics and know the great honor and responsibility that comes with this job. I will give it everything I have to help us be in position to consistently compete for championships.”

Ainge will oversee the team’s transition to new personnel over the summer.