Boston Red Sox Are In ALCS After Nearly Blowing A 5-0 Lead - uSports.org 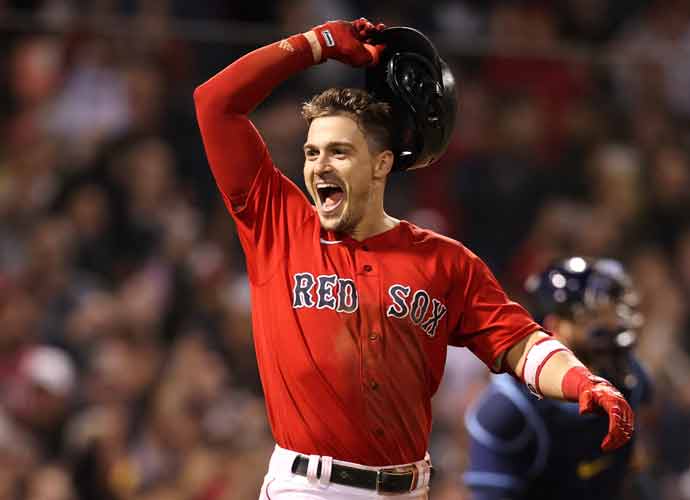 BOSTON, MASSACHUSETTS - OCTOBER 11: Enrique Hernandez #5 of the Boston Red Sox celebrates his game winning sacrifice fly in the ninth inning against the Tampa Bay Rays during Game 4 of the American League Division Series at Fenway Park on October 11, 2021 in Boston, Massachusetts. (Photo by Maddie Meyer/Getty Images)

On Monday, the Boston Red Sox defeated the Tampa Bay Rays 6-5 and leveled up to the ALCS. The game 4 match-up ended the American League Divisional Series and made for a dramatic event in Boston.

The Red Sox were off to a dream start after rallying to score five runs in the bottom of the third inning. The series was 2-1 in favor of Boston, and this was turning out to be one of their easiest ALDS wins in recent history. However, the Rays showed desire and grit to keep Boston fans on the edge of their seats starting in the top of the fifth.

Austin Meadows grounded out to first to drive in Jordan Luplow with Tampa’s first score of the game. Tampa’s push intensified after Wander Franco hit a 418-foot bomb into the stands to add two runs to the scoreboard in the top of the sixth. After slowly but steadily climbing back out of an early hole, Kevin Kiermair scored his second run of the game to spur a comeback and send Red Sox fans into a nervous frenzy. It was 5-5 heading into the bottom of the ninth.

Then, just like that, with a possible late come-from-behind loss in the back of his mind, Enrique Hernandez stepped up to the plate. Hernandez overcame the pressure and Fenway Park erupted – seemingly trying to shake its way onto the Richter Scale – after he cracked a J.P Feyereisen pitch to the left-center field which drove Danny Santana to score.

Boston is now in the American League Championship Series following Monday’s victory and their win against the New York Yankees in the Wild Card Game. Their opponent is yet to be decided as the Chicago White Sox and the Houston Astros duke it out for the spot. The ALCS Game 1 will take place on Oct. 15.