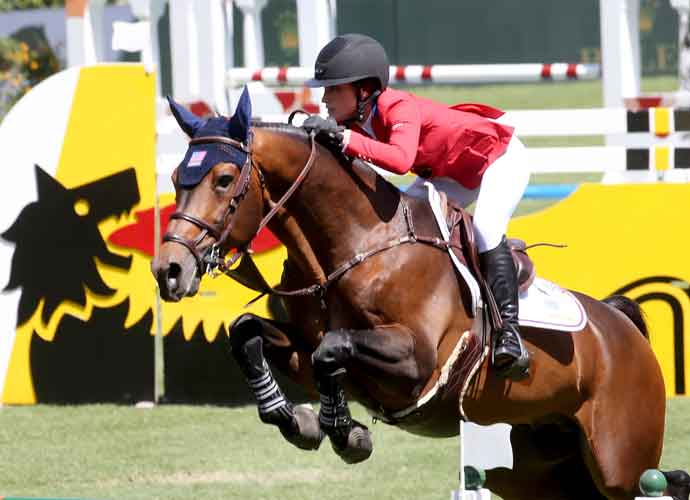 Jessica Springsteen has qualified for the Tokyo Olympics as a member of the U.S. Equestrian jumping team.

Team USA announced the newest members of the team on Monday.

“Two-time gold medalist McLain Ward is returning to the Olympics for the fifth time after he was named one of the four members of the U.S. Equestrian jumping team for the Tokyo Games on Monday. He is joined by Kent Farrington, Laura Kraut, and Jessica Springsteen on the Olympic team.”

“Making her Olympic debut is Springsteen, who is ranked 27th in the world,” the statement read. “The 29-year-old from Los Angeles, who is the daughter of rocker Bruce Springsteen and singer-songwriter Patti Scialfa, will be riding Don Juan van de Donkhoeve, a 12-year-old Belgian Warmblood stallion.”

The 29-year-old is excited about being selected to represent her country at the Tokyo Olympics. “Been dreaming of this since I can remember,” said Springsteen in an Instagram post. “Endless gratitude for my team, friends, and family for helping me make this a reality. We are Tokyo bound.”

“There’s no horse in the world I’d rather be on this journey with, thank you, Don!” Springsteen said, complementing her horse. “You’re my horse of a lifetime Let’s go USA!”

The team will be captained and led by Ward. Ward helped the national team win gold in the team jumping event at the 2004 and 2008 Olympics. At the 2016 Rio Games, he and Farrington led them to a silver medal.