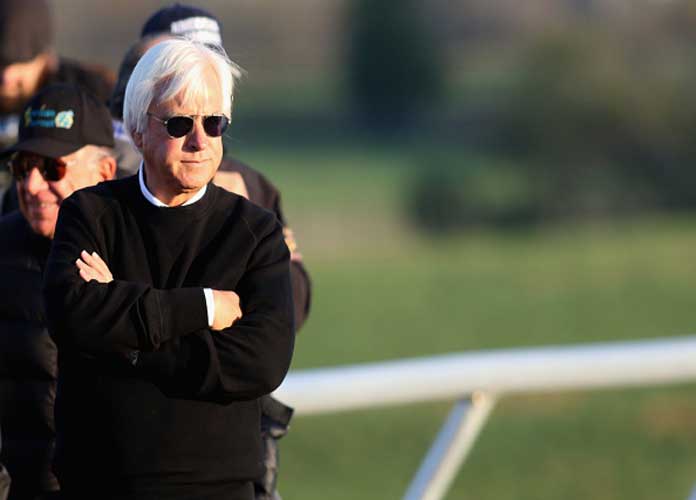 Hall of Fame horse trainer Bob Baffert has been prohibited from registering horses in contests at New York racetracks. New York racing authorities announced this development on Monday. This means that Baffert will not be able to run any horses at courses such as Belmont Park and Saratoga Race Course. This comes along with an investigation into his horse Medina Spirit, who failed a drug test following a win at the Kentucky Derby. Baffert will not be able to compete with Medina Spirit at the Belmont Stakes.

“In order to maintain a successful thoroughbred racing industry in New York, NYRA must protect the integrity of the sport for our fans, the betting public, and racing participants,” stated David O’Rourke, chief executive of the New York Racing Association. O’Rourke also referenced “failed drug tests in the recent past” by Baffert that caused “the assessment of penalties against him by thoroughbred racing regulators in Kentucky, California, and Arkansas.” Five doping violations have been leveled against Baffert’s horses in these states.

Baffert did not make it official that he would compete with any horses for the third piece of the triple crown, but was apparently looking at entering other contests on the day of the Belmont Stakes. These regulations will prevent Baffert, his racehorses, and his assistants from setting foot on the grounds of any New York racetracks. This is an outcome that will without a doubt be unpleasant news to the owners of the various horses that are trained under Baffert.

Craig Robertson, Baffert’s lawyer, has made it apparent that he is appealing the decision and is in talks with Baffert about possible next steps.

“A final determination regarding the length and terms of Mr. Bafferts suspension will be based on information revealed during the course of the ongoing investigation in Kentucky, such as the post-Kentucky Derby Test results of Medina Spirit,” O’Rourke said in regards to the sanctions on Baffert.