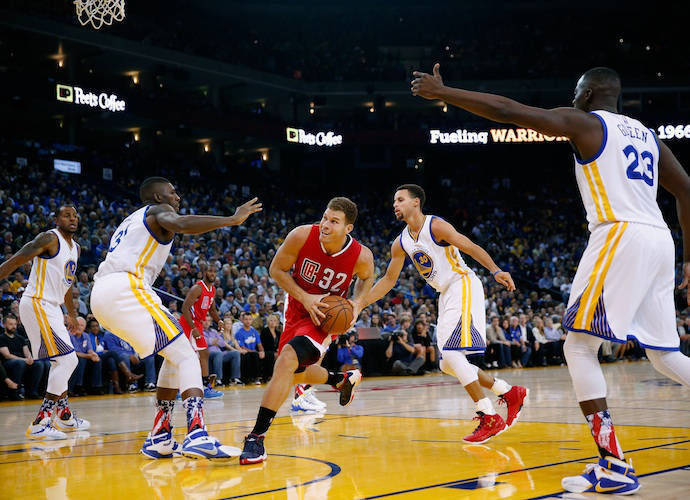 Los Angeles Clippers power forward Blake Griffin is always on hand to deliver a dunk in the paint, no matter who is guarding him. That changed last night when the Clippers played the Golden State Warriors last night in a regular season game.

During the early first quarter, Clippers point guard Chris Paul threw a bounce pass to a moving Griffin who was going for a dunk attempt. When going up for the basket, Griffin was stopped by rising center Festus Ezeli, who was subbed in for starting center Andrew Bogut, who was out with a concussion.

This shows the the defensive grind Ezeli has been on and it was a match Griffin was not accustomed to. The Warriors went on to win the game 112-108 against the Clippers.