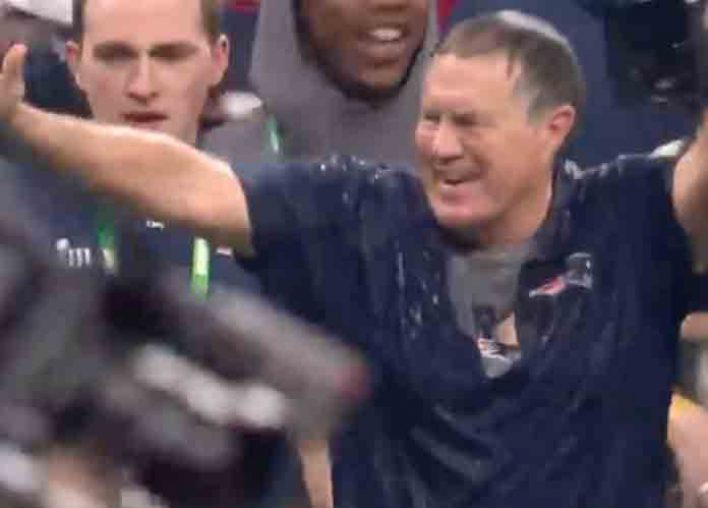 The flawless 8-0 New England Patriots seemed to earn another routine win on Sunday, but there was a little more to celebrate this time around. A 17-point first quarter was all the Pats needed to defeat the Cleveland Browns, who sustained 27-13 loss.

The Pats’ win marked the 300th career win for head coach Bill Belichick. He is now only the third coach in league history to accomplish this feat — George Halas and Don Shula are the others to do so.

Halas accrued 324 victories while coaching the Chicago Bears for 40 seasons starting in the 1920s and won six league titles along the way.

Shula beat Halas’ record with 347 wins while coaching the Miami Dolphins from 1970 to 1995, including two Super Bowl victories in 1972 and 1973. The 1972 victory was the only time a team has gone perfect throughout the regular season and the postseason, as the Dolphins went 17-0-0 that year.

Patriots CEO and chairman Robert Kraft presented Belichick with the game ball after the team’s victory.
30 SPORTS FIGURES WHO DIED IN 2018 – TRIBUTE SLIDESHOW
“I’m happy that 263 of those 300 has been as coach of the New England Patriots,” Kraft said.

It’s another mark on a legendary coaching career for Belichick, though if you asked him, he would probably just say “we’re on to Baltimore.” The season is halfway through, but you won’t catch the Patriots looking too far ahead or focusing on personal accomplishments.

Interestingly enough, Belichick’s first career win was as the Browns’ coach against the Patriots on Sept. 8, 1991.

The Pats will next face the 5-2 Baltimore Ravens on their home turf on Sunday. The 2-5 Browns look to recover from a surprisingly poor season as they fly to the 2-6 Denver Broncos.