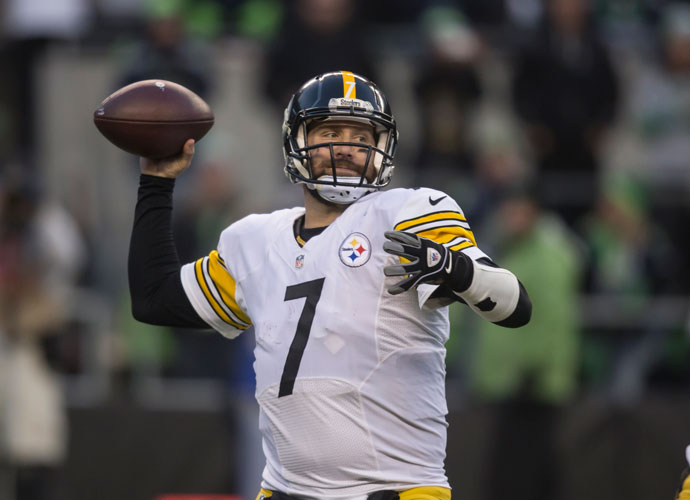 SEATTLE, WA - NOVEMBER 29: Quarterback Ben Roethlisberger #7 of the Pittsburgh Steelers passes the ball during a football game against the Seattle Seahawks at CenturyLink Field on November 29, 2015 in Seattle, Washington. The Seahawks won the game 39-30. (Photo by Stephen Brashear/Getty Images)

Ben Roethlisberger was so committed to returning to the Pittsburgh Steelers for another season as their starting quarterback that he willingly asked for a pay cut to make it happen.

Roethlisberger’s $41.25 million cap hit was suffocating the franchise’s ability to fill any vacancies on the team. So the 39-year-old asked the front office about reducing his salary to accommodate them better.

“I told them I want to help the team out however we can,” Roethlisberger told the media on Tuesday. “I went to them and told them I’ll do whatever I could to help the team sign the guys that are going to help us win football games. I’ve been extremely blessed to play this game a long time. That was one of the reasons I wanted to come back. I knew we had a great defense and amazing weapons on offense.”

“I wanted to come back and be part of a special football team, one that everyone is overlooking, which is kind of cool, too,” the veteran quarterback added. “In order to help get the guys, I felt it was necessary to do that.”

Last season, the veteran quarterback threw for 3,803 yards, 33 touchdowns and 10 interceptions in 15 games. The Steelers were eliminated in a disappointing first-round loss, which Roethlisberger wants to redeem himself for. “I just felt like I had more in the tank and felt disappointed about the way the season ended,” he said.

The veteran quarterback will be motivated with hopes to win another Super Bowl for the franchise. The 39-year-old will also have to adjust under new offensive coordinator Matt Canada. But the veteran is up for the challenge and excited for the new offensive opportunity it will bring to the team.

“When you’ve had the same offense, or a similar offense, for 17 years, and all of the sudden, something looks the same, but it’s called completely different, it’s a big challenge,” Roethlisberger said. “But it’s a fun new challenge.”