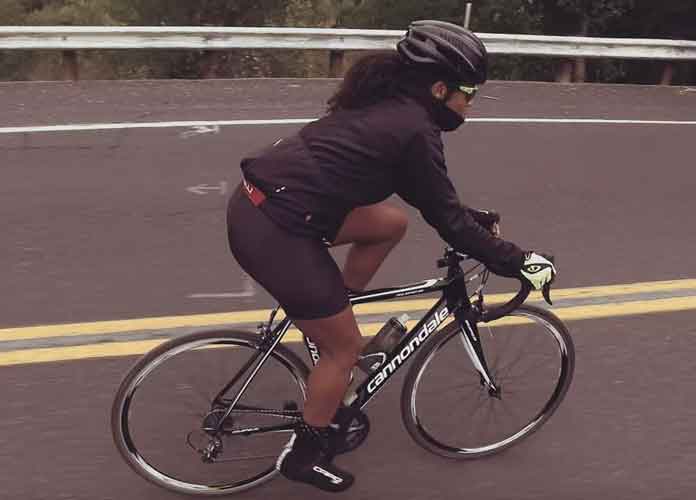 Ayesha McGowan is quite the ambitious athlete: she hopes to one day become the first African-American female pro road cyclist.

In an exclusive interview with uSports, 30-year-old McGowan discussed her beginnings in the sport, her training routine, and more.

“I wanted to save money and time commuting in college, and one of my friends had a bike and suggested it as an option so I went for it and really enjoyed it,” she explained of her start in cycling.

McGowan grew up in New Jersey and attended Berklee College of Music in Boston, where she received her B.A. in Professional Music. She moved to New York in 2010 after graduating, and began road racing four years later. McGwoan has cited well-known African-American female athletes like Venus and Serena Williams and former U.S. Olympic track and field long jumper Jackie Joyner-Kersee as some of her biggest sports idols.

“I think I need to achieve a level of consistency and athletic ability, McGowan said. “I’m really excited to see if I can pull out some consistently good results this year and prove that I’m a solid athlete to prospective teams.”

McGowan may race competitively, but she also enjoys biking just for fun. She recalled riding a tandem bike with her grandmother as one of her fondest memories.

“It wasn’t an official race, it was a community ride for Red Bike & Green, [an organization] which is based in Atlanta, and they invited me to Bikerversary, which is the annual celebration of the organization,” she said with a bright smile. “I was able to convince my grandma to ride on a tandem with me, it was really great and fun. It was definitely a highlight of life.”

Among her many race accomplishments, McGowan boasts first-place finishes in the 2014 Category 4 NY State Criterium Championship, the 2015 Category 3 NY State Championship and the Intelligentsia Cup Women’s 2/3 Omnium in 2016. She has also competed in several races in the Netherlands and Belgium. In 2017, she finished ninth in the women’s P1/2 Criterium at the Sea Otter Classic in California.

What advice does McGowan have to offer aspiring athletes?

“Just keep going,” she said. “I don’t think it’s specific to cycling: every journey has its ups and downs but its’s worth continuing on if it’s something you are really passionate about.”

You can read more about McGowan on her blog, www.aquickbrownfox.com.