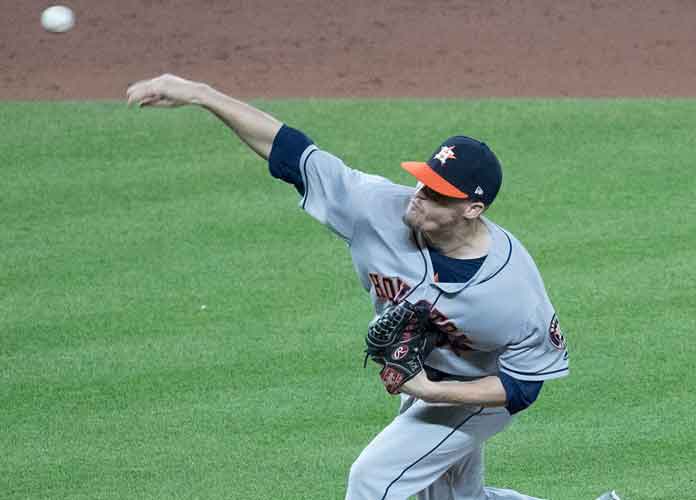 Houston Astros reliever Ken Giles gave up a big home run to the New York Yankees at home on Tuesday night, and he clearly showed how angry about this he was.

Gary Sanchez smacked a three-run homer over the center-field wall at Minute Maid Park in the ninth inning to give the Yankees a 3-0 lead. New York won the game 4-0. As the visitors celebrated their major hit, Giles instead kept his head down and then punched himself hard across the face while furiously heading to the dugout. Giles, 27, then proceeded to throw a tantrum by picking up a bat and throwing it down onto the ground and kicking an object in the dugout.

Gary Sanchez delivered the knockout punch, then Ken Giles delivered his own. pic.twitter.com/SP5MOqmPxt

🎶’Cause you had a bad day🎶 pic.twitter.com/5xHNe9JULh

Giles also allowed the Yankees’ fourth run and was pulled shortly after that. He took responsibility for the Astros’ loss, and noted how the defending national champions could have won the game had he played better. Giles has only given up two runs in his first 11 appearances this year.

“I screwed up a win,” Giles told MLB.com’s Brian McTaggart after Tuesday’s game. “We should have won this game. We should have bounced back. I didn’t give our team a chance. Of course I’m going to be frustrated with that. This team deserves the best out of everybody and they need me to be the best I can be. They deserve that and that’s what I’m going to give them from here on out.”