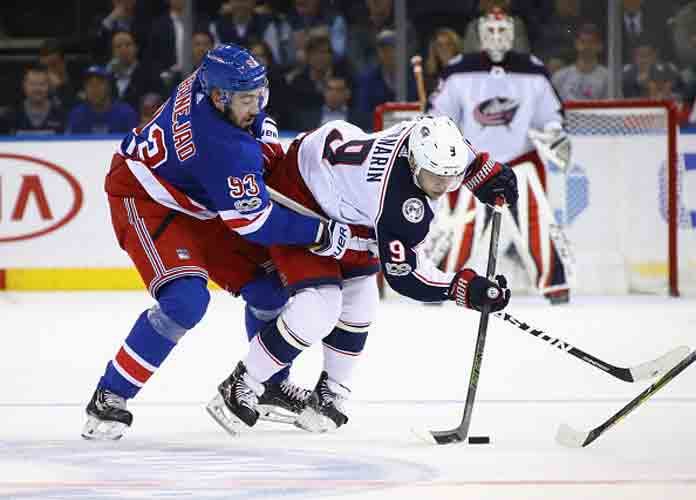 There’s always talk about stars who want to force their way out to New York or Los Angeles.

Panarin Wants Out Of Columbus

Right now, Anthony Davis has maneuvered his position so that the Los Angeles Lakers are the only real team that can trade for him. And Kyrie Irving is supposedly going to save the New York Knicks. But both are basketball players.

There’s another name in the mix who’s requesting a trade and wants out. Former NHL Rookie of the Year Artemi Panarin wants to leave the Columbus Blue Jackets. In the NHL, you often don’t see outright trade demands but that’s not to say there aren’t trade requests. Panarin was not subtle with his request though.

In a statement, his agent said: “We have informed the team that we are willing to discuss Artemi’s future after the season. Our priority now is to focus on the rest of the season, trying to win a Stanley Cup for the CBJ & their fans.”

Statement about Artemi Panarin’s future “We have informed the team that we are willing to discuss Artemi’s future after the season. Our priority now is to focus on the rest of the season, trying to win a Stanley Cup for the CBJ & their fans”. No additional comments will be made..

Panarin is due to become a free agent at the end of this season and has been upfront with Columbus that he doesn’t want to stick around. The organization has been doing their best to try and change his mind but it hasn’t worked. Either they’ll trade the high-scoring 27-year-old or be left with nothing.

Currently, Panarin leads the team in points again after leading Columbus in points and assists last year.  He already holds the record for the most points in a season in franchise history and is likely to break that this year.

Panarin wants to be traded to a major city like New York or Los Angeles or a destination city such as Tampa or Miami. The Blue Jackets have less than a month to figure out the situation. However, most recommend that they move him by the Feb. 25 trade deadline.