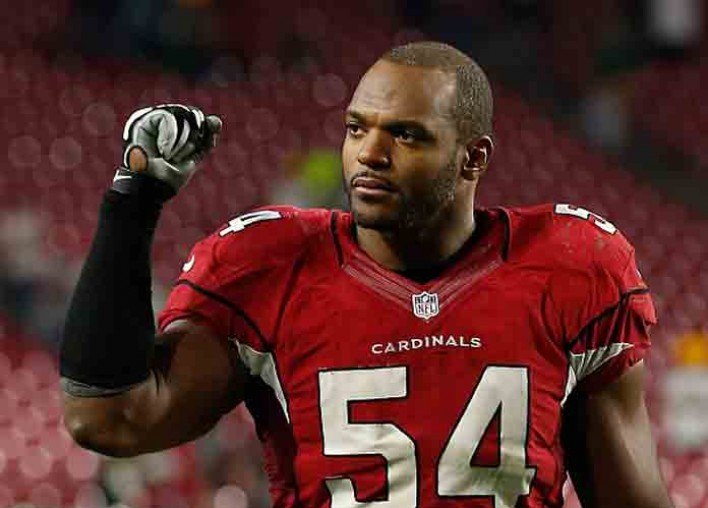 GLENDALE, AZ - DECEMBER 27: Linebacker Dwight Freeney #54 of the Arizona Cardinals walks off the field following the NFL game against the Green Bay Packers at the University of Phoenix Stadium on December 27, 2015 in Glendale, Arizona. The Cardinals defeatred the Packers 38-30. (Photo by Christian Petersen/Getty Images)

Today, we will be looking at the Arizona Cardinals. Last season, the Cardinals finished with a record of 5-10-1. This season, Kyler Murray enters his second season and has expectations to perform at a high level, especially since he now has another season under Kliff Kingsbury’s system. Kingsbury runs an offensive system that fits Murray perfectly because it gives Murray the freedom to orchestrate the offense and plays well to Murray’s skills of being an extremely talented runner as well as a passer. Arizona also traded for a top-5 wide receiver in the NFL with DeAndre Hopkins, to play opposite of the ageless wonder Larry Fitzgerald. Kenyan Drake at running back also performed well after being traded to Arizona toward the end of last season, now will get a full season to play in that offense. There are also some interesting pieces on that defense with guys like Patrick Peterson, Chandler Jones, Jordan Phillips and eighth overall pick in this year’s draft, Isaiah Simmons.

Looking at the Cardinals schedule, it is not a scary one. They play the San Francisco 49ers on the road Week 1, which should be a close game. They will also have to go to Dallas Week 6, on Monday Night Football to take on the Cowboys. This will be a fun game to watch, and I think the Cardinals could give the Cowboys a run for their money, especially given that they will probably be entering that game either 4-1 or 3-2 given. After their Week 8 bye, they will play the Miami Dolphins at home which should be a win in Week 9, but then they play the Buffalo Bills at home and then on a short week go to Seattle to take on the Seahawks. Those two games will probably be losses but after Week 10, I can see the Cardinals 4 of their final six games, especially since three of those games are at home, including one against the 49ers.

Overall, if I were planning on going to a Cardinals game this season, some of the games I would be most interested in attending include:

Each of these times has playoff potential and if the Cardinals want to take it to the next step and either make the playoffs this year (especially now that seven teams from each conference make the postseason), they need to perform well against the better teams on their schedule, and each of these games will allow the Cardinals to do so.

CLICK HERE TO BUY CARDINALS TICKETS FOR THE 2020 SEASON!