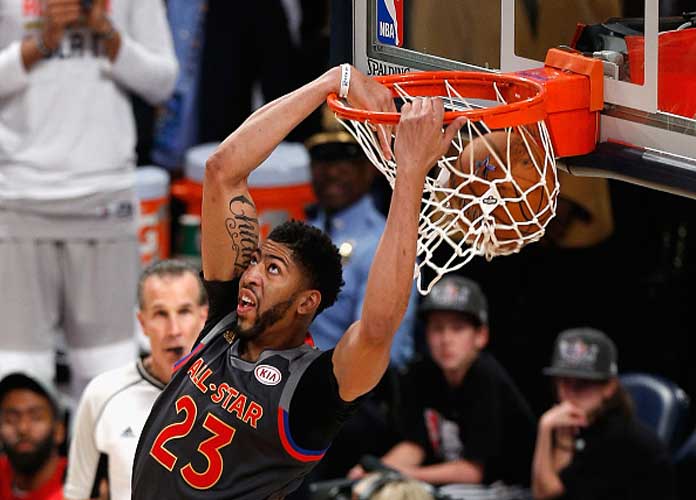 Anthony Davis had a big night in New Orleans on Sunday, scoring a record-breaking 52 points on 39 shots to lead the Western Conference to a 192-182 victory over the East in the 2017 NBA All-Star Game.

The 23-year-old Pelicans power forward, playing in his home arena, broke the record of 42 points set by Wilt Chamberlain in 1962. Davis scored 22 of his points in the first half, a game-high. He joins Kobe Bryant (2011), Shaquille O’Neal (2004, 2009), Karl Malone and John Stockton (1993), and Michael Jordan (1988) as the only players in recent memory to win All-Star MVP in front of their home crowd, according to Basketball-Reference.

Russell Westbrook, who was seeking his third straight All-Star MVP honors, added 41 points, seven assists and five rebounds for the West, including seven 3-pointers. However, West coach Steve Kerr subbed Westbrook out of the game for the final minutes but left Davis in, and the latter scored eight more points.

Again, this is not how you treat a two-time MVP, Giannis. Draymond Green & DeAndre Jordan with all of the yikes here pic.twitter.com/GTZl28Kaij

Both teams shot better than 56 percent from the field and combined for 374 points, the most in NBA All-Star Game history.

The honor is the first NBA trophy for Davis, who finished fifth in regular-season MVP voting after the 2014-15 season.

“It was a lot of fun,” Davis said. “My teammates did a great job of looking for me.”