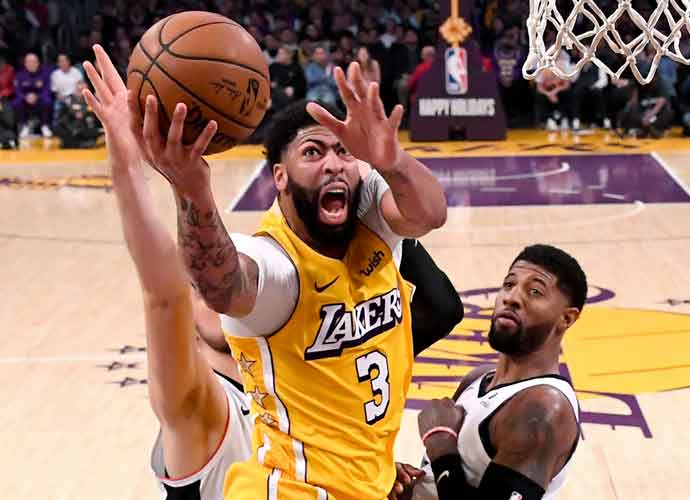 There is some good news for the Los Angeles Lakers, and that is their All-Star center Anthony Davis is one step closer to coming back.

On Thursday, the update was given by head coach Frank Vogel. Davis has been cleared to resume full-contact practice and could play soon. Vogel has said that it is “unlikely” that the All-Star will return for the team’s two-game set against the Utah Jazz on Saturday and Monday. Instead, the center could most likely return next week for the Lakers-Dallas game.

The All-Star center has been out after landing on his foot wrong during a February 14 game against the Denver Nuggets. The center was evaluated and sidelined with a calf strain and tendinosis in his right leg. The injury was a blow to the Lakers and left LeBron James as the lone star for the team. Unfortunately, James was then injured, and it was another setback for the Lakers’ ambition to repeat as champions. The Lakers have fallen from second place in the Western Conference to fifth place overall.

Since then, fans have been hoping that Davis would return to help the starless Lakers. Davis himself has been eager to return to the team, according to Vogel. “He’s eager to get back out,” Vogel said. “That’s the biggest thing. He’s tired of being patient and ready to be a player again. So, he’s eager to get to work in real practice the next few days live work, and even more eager to get back on the floor, and obviously, that’s going to give our whole group a big lift.”

Even if the superstar returns, he will play limited minutes to ease him back into game shape. “Whenever it is that he returns, it’s not going to be a full return to playing 30-something minutes a night,” Vogel stated. “Especially with the nature of practice and how shorthanded we are, he’s going to have to use some games to try to get himself back in shape. So the first two games he’s back will likely be short-minute performances,” coach Vogel added.

Regardless, this is only good news for the Lakers and fans of the Los Angeles franchise. Davis will be back with the team in a matter of days.