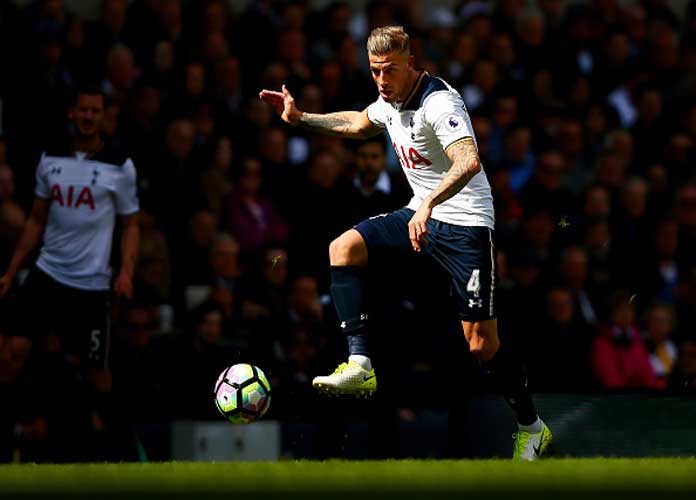 Spurs came into the week shorthanded after attacking winger Son Heung-Min had surgery to repair a broken arm he sustained a week ago during a match against Aston Villa and his absence definitely contributed to the team’s lack of possession and chances on the counter attack. In the first half, the club sat back on defense as Chelsea were the aggressors playing a fast pace while controlling 80% of the possession through the first 20 minutes of action.

Chelsea broke through first with a lead pass that lead to a Olivier Giroud goal in the 16th minute. Off the pass, Giroud had his first shot blocked and a second attempt by Ross Barkley hit the post and rolled back towards Giroud who connected with a powerful left-footed shot that just snuck under Tottenham keeper, Hugo Lloris, before hitting the back of the net.

In the post match interview, a jubilant Giroud told Football London, “It was a very important game for us today. I want to talk about the team spirit and we have shown great character today. We knew that it was maybe a kind of turning point because we had maybe lost a little bit of confidence. At home, it was nice to bounce back and get this win, a hard win, against a rival. So, yes, I feel relieved today. The [3-4-3] worked perfectly for us. We have shown through the season that we can adapt to different systems. Every game is different but I think half of the tactics today were about us knowing what this game means for everyone at this football club, for the fans.”

Spurs faced a 1-0 deficit at halftime having been completely outplayed and were unable to create enough chances. Coach Jose Mourinho alluded to Kane and Son’s absence in the post match press conference and told Football London, “The only thing I can say is with what we have at the moment, the power we have or don’t have, the almost unique situation we’re living in at the moment, it’s very difficult to do better, especially when the opponent scores before us.”

Chelsea was able to score a second in the 48th minute off a throw-in that caught Spurs’ napping, which resulted in a powerful shot from left back Marcos Alonso that blew by Lloris.

Tottenham had a few chances in the second half including a late goal that came from Erik Lamela’s attempted cross that was deflected in by by Antonio Rudiger, but it came in the 89th minute, too little, too late.

The game, however, wasn’t without controversy. In the second half, there was a pivotal moment while Spurs were trying to keep the ball by the sideline near the managers’ box. As Giovani Lo Celso gathered the ball, Chelsea center back Cesar Azpilicueta came in with a aggressive sliding challenge that Lo Celso responded to with an allegedly inadvertent step on his shin. The referee was offered assistance from VAR to review the call, and although he could have reviewed it himself at the video booth on the sideline, he left it in the hands of people sitting in a replay room. What could have easily been a red card turned out to be just a common foul leaving Chelsea coach Frank Lampard irate.

“Everybody knew they made a mistake,” Lampard told The Guardian. “We have the monitor and can view it. I was just waiting for the red card to be shown – not with real pleasure – because it’s just a tackle that endangers the player. That’s what VAR was brought in for, to see things that the referee and the pitch-side [official] don’t see. It’s just not good enough. Saying afterwards that they made a mistake is not good enough because they had a couple of minutes to try to get it right. They probably needed one viewing of that one to get it right. It’s another huge question mark on VAR. This one doesn’t need [the referee to look at] a pitch-side monitor. It’s a clear decision, a human decision. So Stockley Park, red card.”

The bottom line is Tottenham were completely outplayed and there wasn’t enough creativity involved to set up scoring opportunities. Lamela had a very positive impact in the game against Leipzig and should have started the game on Saturday because he brought energy and passion that most of his teammates lacked. There were also not enough connecting passes that could break down the defense as midfielder Dele Alli was surprisingly left on the bench before being substituted late in the game.

“We had strange game plans but we needed to have them,” Mourinho told NBC Sports. “Like Lamela who played well, people think I’m stupid that I don’t play him, but he’s constantly communicating with me in the warm-up, can I play or not. He was telling me his feelings.”

Mourinho noted that several players including Lo Celso, Steven Bergwijn and Lucas Moura were playing out of position and trying to do everything they could but there’s no reason Alli, who is one of the club’s top players, should’ve been left on the bench for the majority of a critical match that could’ve potentially moved Spurs ahead of Chelsea in the Premier League Standings. They now trail Chelsea by four points for the last Champions League spot. Mourinho has to get more inspiration from his players and use formations that cater to the team’s strengths or this season will be a lost cause.