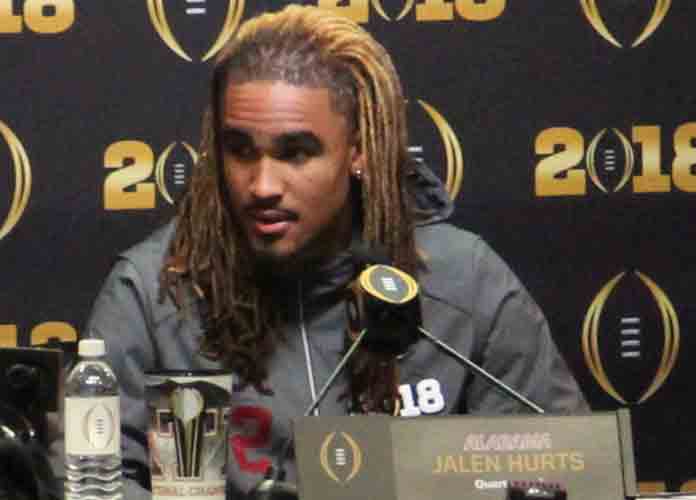 Jalen Hurts of Alabama entered into the NCAA transfer portal this week.

Hurts, a junior, will be able to play immediately wherever he transfers to because he graduated in December. The quarterback will have one year of eligibility left.

Prior to this season, Hurts was a starting quarterback for an Alabama squad that went 26-2 and had two championship appearances. He was also just a year removed from an SEC Offensive Player of the Year award that he won as a freshman. Then, sophomore Tua Tagovailoa shined and Alabama became his team. Tagovailoa would finish the year second in the Heisman race.

Throughout these College Football Playoffs, Hurts didn’t speak on his future despite several inquiries about it. He even went as far as calling the speculation about it unfounded and claimed that he never mentioned transferring.

Hurts was used sparingly this season. Though he appeared in all but two games, which he missed because of injury, he was limited to a role as the change of pace quarterback. In his time on the field, he threw 51 passes for 765 yards, eight touchdowns and ran for two more scores. Though solid numbers, they were a far cry from his two seasons as a starter. In those campaigns, he threw for a combined 4,861 yards and 40 touchdowns. On the ground, he picked up another 1,809 yards and 21 touchdowns.

On Wednesday, Hurts followed University of Miami head coach Manny Diaz, tight end Brevin Jordan and running back DeeJay Dallas on Twitter. Some say the school could be a potential landing spot for the Crimson Tide quarterback.

Giants’ Joe Judge Slams Eagles’ ‘Tanking’ Decision: ‘We Will Never Do That’