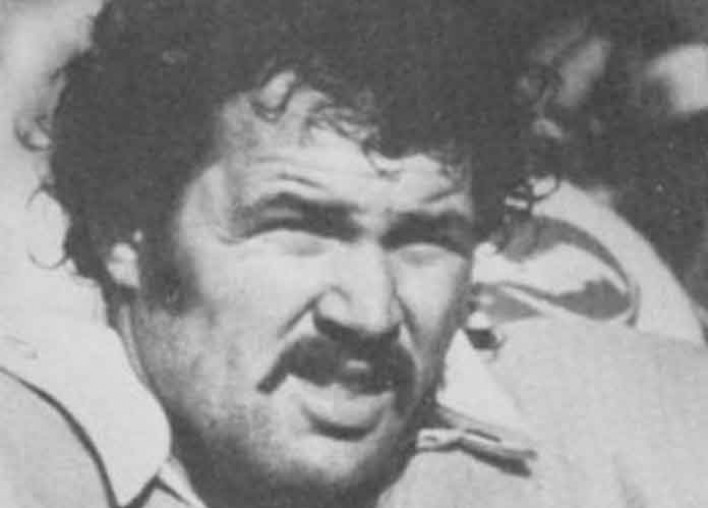 Brandi Winans, the founder of Pro-Athletes Transition, has an inspirational story to tell as the widow of a late NFL player.

Winans established the organization in 2015 to help former professional sports stars — as well as some college and high school players — and their families transition from athletes’ playing days to a healthy life afterwards. However, she has been assisting athletes since 2007.

Her husband, former NFL star Jeff Winans, died on December 21, 2012 at age 61. The former USC guard and defensive tackle — who played in the 1970s for Oakland, Buffalo, Tampa Bay and New Orleans — was diagnosed with cardiomyopathy, stage 2 (of four) of the brain disease chronic traumatic encephalopathy (CTE), and Argyrophilic Grain Disease, another neurodegenerative illness characterized by dementia that is typically present at a much older age.

Brandi and Jeff were married for nearly three decades but later divorced. Brandi revealed a jaw-dropping statistic that is also listed on her website: 60 to 80 percent of NFL marriages end in divorce.

“How I got involved in all of this was back in 2007, watching a young man on an HBO Real Sports special talking about a book he’d written called Head Games,” Winans explained. “He was describing the symptoms and signs of neuro-cognitive problems from concussions and repeated hits to the head, and every single one of them when he started describing them was my husband Jeff. We had separated about a year before, and I got a knot in my stomach and the next thing I knew I said, ‘God, am I supposed to get involved in any of this?'”

Indeed, Jeff suffered from depression and memory loss — among other things — following a string of injuries throughout his NFL career. He retired at age 30 in 1981. He also suffered an accidental gunshot injury in 1984 that eventually took his right leg just below the knee.

“Could that have been the demise of my marriage, or was it because my husband was physically disabled at 30 years old and had an addiction to prescription drug medication?” she continued “So I Googled this young man and within 24 hours I found him on the Internet, and a couple days later we set a conference call and the morning of the call, I was watching Good Morning America or one of the stations and I saw Mike Ditka and Joe D [DeLamielleure], who my husband had played with at Buffalo, talking about the Congressional hearings. When I had a conversation with Chris that afternoon, he said, ‘Brandi, you’ve got to come, you’ve got to talk about what goes on behind closed doors.”

Winans — who is also the engagement coordinator for the NFL’s Alumni Chapter in Tampa Bay — then said that at that time, she had been writing a manuscript for her first memoir, The Flip Side of Glory, which talks about the struggles couples and families with a professional athlete face during the latter’s transition to “the real world.”

“It’s not just football but any type of professional athlete, which now we’ve expanded into high school, collegiate and elite athletes. It’s just as devastating for one of them when they are transitioning back into what we call ‘the real world'” she said with a smile. “It’s kind of a little bit different on the perspective of our military, from the standpoint that I look at the discipline that our athletes have had to go through, and the type of discipline and focus that our military has had to go through, and when you’re looking at that aspect of it, the focus and the discipline is very much the same when both sides are trying to transition back into the real world.”

Winans then went on to discuss her upcoming book, Unbreakable Strength, which deals with her relationship with Jeff — with whom she shares a son named Travis — and the rest of her family in the last few years of his life. Before that, however, she noted that the NFL had made some “positive changes” with regards to its treatment of players and their families, and also said she was not opposed to letting parents of young boys letting their children play football.

“I love football. I’m not here to tell somebody whose child is a gifted player not to let them play,” she stated. “I feel that if they have that gift and passion, they should.”

On her personal lie, Winans added: “Our family became something of a catalyst that I really push for now with Pro-Athletes Transition and that is keeping the family unit together. This is all going to be put back into the book Unbreakable Strength.”

“I want to show our love story,” she continued. “My husband was one of the most wonderful men you would ever want to meet. To see him deteriorate over the last ten years we were together, to finally see him put his wall down in 2010 and find his spirit again, to want to start having some testing and want to know that we’re not going to leave him…Men have a lot of pride, and this is something that’s been very difficult for our athletes, because they’ve always been put up here (raises one hand as if to show a level) as the bigger person and have always had to learn how to hide their pain while taking pain. They know their job isn’t just on the line every day, it’s on the line every play.”

Winans then explained that several of the male athletes she has worked with are more sensitive than they might initially appear, “almost like big men in four-year-old’s bodies.” She also advocated for respect for NFL players saying that despite the negative reputation they sometimes earn for being violent or unstable, that the majority are “loving, caring, Christian family men” who do a lot of work to assist their communities.

Concerning her late husband specifically, Winans explained that she did some research on CTE and the Alzheimer’s-like Argyrophilic Grain Disease that Boston University’s Dr. Ann McKee and Dr. Robert Stern diagnosed Jeff with in January 2014, just over a year after his death.

“This was something that Dr. McKee and Dr. Stern had said, ‘Brandi, we want to do more research on this. We want to confer with some other neurologists because we haven’t seen this in a football player before, along with the CTE to have both. From my understanding, it’s more on the Alzheimer’s side and it’s also something that you don’t see in players aging in their 80-plus years.”

Winans explained that the symptoms of dementia and Alzheimer’s are very similar to those of CTE.

“You have anger management, outbursts, verbal abuse, a roller-coaster of up-and-down mood swings, memory loss,” she said. “So as far as putting them in a category on that segment, yes. But when you actually do the brain slides, they’re all completely different. So that’s something that was an eye-opener to me.”

Winans added the NFL has been involved with the Hazelden Betty Ford Foundation, (a drug and alcohol addiction treatment center), and said psychological care foundations will provide up to seven or eight appointments for both players and their families. She clarified that the NFL and NFL Alumni organization are two separate entities, although the NFL has been striving to provide more benefits for former players. Winans also focuses on caring for kids as part of her educational non-profit Day for Our Children, which she co-founded with Jeff in 1997.

As if all this weren’t enough, Winans also works with several other organizations. She is a Family Advisory Board Member of Concussion Legacy Foundation (formerly Sports Legacy Institute), Board Director for Generation Foundation, Past Board of Director for The Boys and Girls Club of the Suncoast, DJJ Volunteer Chaplains Program, Legends Community, NFL Alumni, and the Speaker/Advisory Board member of the National Football Players Women Association.

Winans added that she has certifications to intervene with both the NFL and the NFL Players Association (the league’s union). “I want to get [the NFL and NFLPA] more involved in the family support side of it.”

She ended on a very personal note, and her voice even broke as she visibly became emotional. “The most important thing to our guys is their children,” she said. “They may not get along with the spouse, but those children are their everything. Our son… was my husband’s everything.”