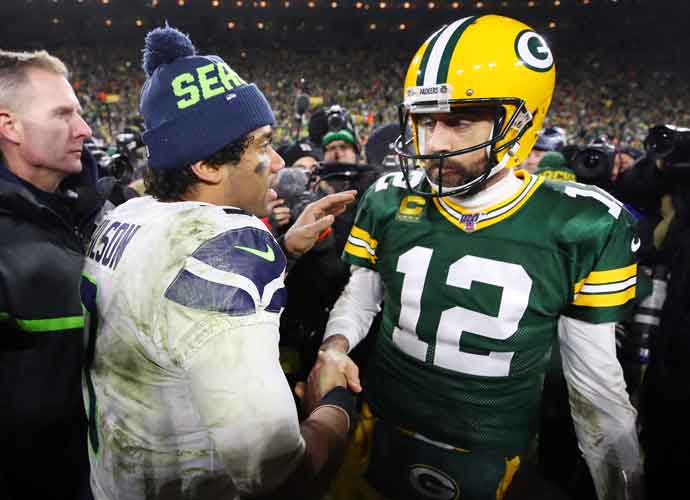 Aaron Rodgers said Wednesday that none of his teammates objected after he criticized the Packers’ offense during his weekly appearance on the Pat McAfee Show.

Rodgers reiterated that Green Bay has not found its best 11 and should consider taking reps away from struggling players.

Aaron Rodgers had some strong words today talking about the Packers' struggles. pic.twitter.com/SEc6WXwprN

“I don’t understand why people have a problem with things that are truthful,” Rodgers said Wednesday. “I’m calling things the way I see it. People don’t think I need to air that stuff out, that’s their opinion. But I’m doing what I think is in the best interest of our guys, and I’ve tried a lot of different things from a leadership standpoint this year, and I was just relating my personal feelings on the situation.”

Rodgers was defending his comments on McAfee‘s podcast, during which he suggested that the Packers should bench players that were not living up to expectations. This is not the first time the quarterback has criticized his teammates this season, as he had similar issues with his young receivers in the preseason. After beginning the season with a 3-1 record, the team has lost three straight games to the Giants, Jets and Commanders.

Though a number of people outside the organization have questioned Rodgers’ comments, Head Coach Matt LaFleur seemed to support his quarterback Wednesday.

“I don’t think he publicly called out individuals, I don’t believe, I didn’t sit there and listen to the whole thing, so I just think that you have to get to the root of the truth,” LaFleur said.

Sammy Watkins and Rasul Douglas backed Aaron Rodgers when asked what they thought of the comments he made on McAfee yesterday (about mental mistakes and cutting reps as a result). pic.twitter.com/62wtmJfjnG

Veteran receiver Sammy Watkins support Rodgers in even more explicit terms. Coming off an injury that kept him off the field for four weeks, he said that mistakes have been excessive on offense in recent weeks.

“If I’m not playing well … get me out of the game because that’s not helping the team,” Watkins said. “I think that’s a wake-up call to everybody, wake-up call to myself. I try to limit myself to having one M.A. a game and that’s my goal. The goal is to have none, but things happen in the fire. I’m with Aaron, man.”

Things may get worse for the Packers before they get better, as the team has a difficult matchup against Josh Allen and the Buffalo Bills this Sunday. The Lions, Cowboys, Titans and Eagles will follow.