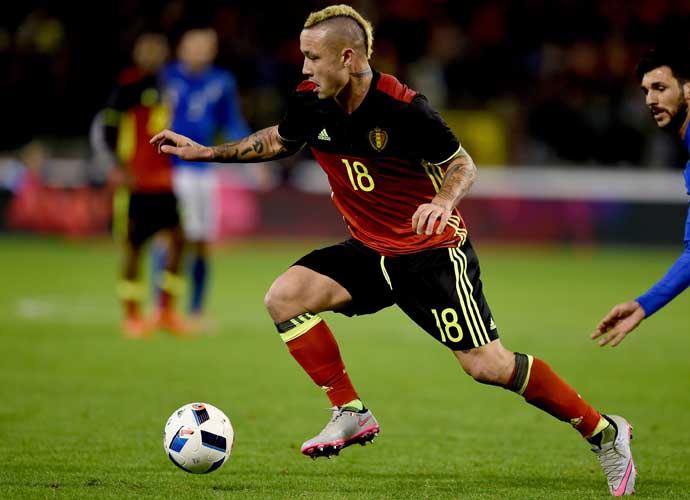 After the recent terrorist attacks in Paris, it’s understandable for Europe to be on high alert. Unfortunately for one soccer player, he was identified as a suspicious character in his own country.

Radja Nainggolan, a Belgian-Indonesian midfielder who plays for A.S Roma, was relaxing in an Antwerp hotel. A guest, presumably noticing the player’s blonde mohawk and tattoos, called the police about a man who was acting suspiciously.

Thankfully for Nainggolan, the officers who arrived recognized him as a soccer player. With everything said and done, a group picture is a much better outcome than an arrest.

PHOTO: BRUSSELS, BELGIUM – NOVEMBER 13: Radja Nainggolan of Belgium in action during the international friendly match between Belgium and Italy at King Baudouin Stadium on November 13, 2015 in Brussels, Belgium. (Photo by Claudio Villa/Getty Images)

Read more about:
Radja Nainggolan Soccer
Listen to the uInterview Podcast!
Get the most-revealing celebrity conversations with the uInterview podcast!