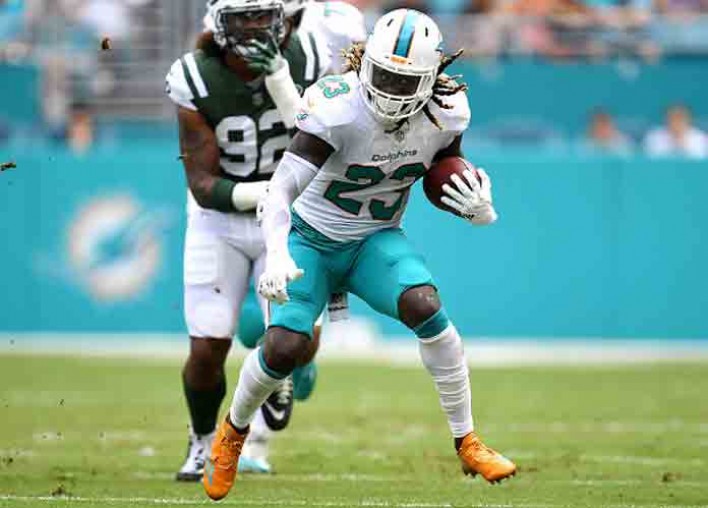 MIAMI GARDENS, FL - OCTOBER 22: Jay Ajayi #23 of the Miami Dolphins rushes during a game against the New York Jets at Hard Rock Stadium on October 22, 2017 in Miami Gardens, Florida.

As of July 10, an NFLPA database shows that 72 NFL players have tested positive for COVID-19.

The NFLPA is now making this sort of information available. It also includes which cities the “hot-spots” in the United States and where COVID-19 numbers are increasing and decreasing. The website shows Miami as the biggest “hot-spot” in the country with Los Angeles, Arizona and Dallas not too far behind. New England is the area with the lowest amount of cases with New York, Buffalo, and Detroit also being on the low end.

The NFL and the NFLPA continue to discuss protocols in regards to health and safety measures that need to take place in order for there to be a safe return to play. Some NFL have been outspoken about not participating in the NFL season if it is not safe enough to play. Ideas that have been discussed are frequent testing, limiting fans and face shields for players to wear with their helmets.

The NFL has already cut the preseason in half for precautionary reasons and trainings camps are set to open for most teams on July 28.