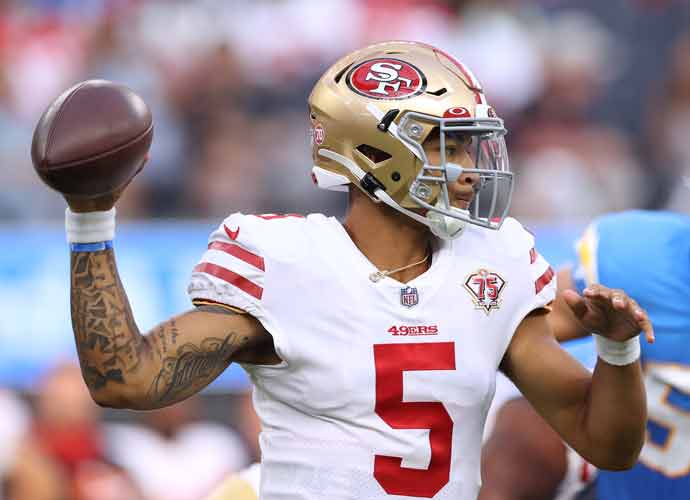 San Francisco 49ers quarterback Trey Lance impressed during Sunday’s preseason game against the San Diego Chargers. The rookie completed 8 of 14 passes for 102 yards and two touchdowns, leading the 49ers to a 15-10 win.

After a pass intended for Mohamed Sanu was picked off at the nine-minute mark in the second quarter, Lance led his offense to two touchdown drives during his final three series. Trailing 10-2, Lance found Sanu for a 5-yard touchdown with 12 seconds left in the first half, capping a one-minute, 75-yard drive. On his final drive, Lance connected with Travis Benjamin on a 16-yard strike with 5:01 left in the third quarter. Third-string quarterback Nate Sudfeld then proceeded to take over the reins.

49ers head coach Kyle Shanahan was impressed by the North Dakota State standout’s ability to finish strong after getting off to a rocky start. “I thought he came out much more locked in, more comfortable. I thought we had a chance to start pretty fast and we didn’t. Then it started to kind of stack up a little bit where it seemed like it was going the wrong direction,” Shanahan said. “That’s why I was pumped about getting that two-minute drill at the end… I was real happy with how he finished.”

While Jimmy Garoppolo is expected to be the team’s starting quarterback, Lance is making the most out of the preseason and is maintaining a positive outlook as the regular season approaches. “I think, for me, especially in the situation I’m in, [I’m] learning as much as I can and being able to go back and watch the tape tonight and tomorrow with the coaching staff and the quarterbacks in the room,” Lance said. “I think that’s where I grow and where I win the most.”