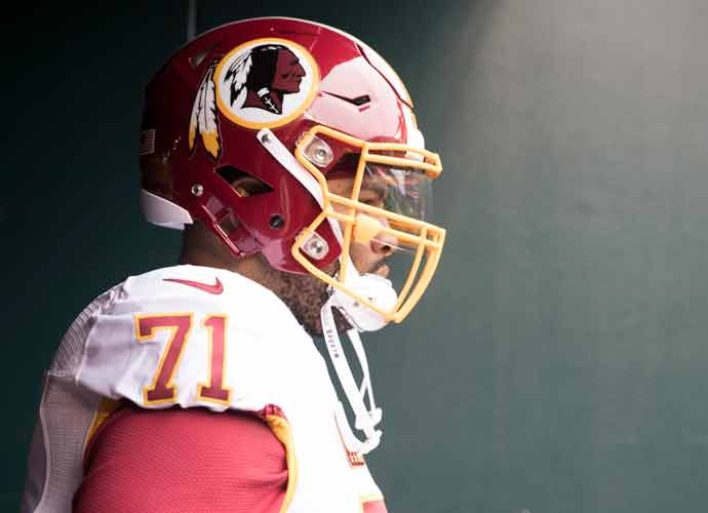 PHILADELPHIA, PA – DECEMBER 11: Trent Williams #71 of the Washington Redskins walks onto the field prior to the game against the Philadelphia Eagles at Lincoln Financial Field on December 11, 2016 in Philadelphia, Pennsylvania.

During day three of the 2020 NFL Draft, the San Francisco 49ers made a trade for former All-Pro offensive lineman Trent Williams from the Washington Redskins. Williams wanted a trade from the Redskins, as the two sides were unable to come to an agreement on a long-term extension, which also led him to sitting out the 2019 season. Although the 49ers and Williams have yet to agree on an extension either, the two did rework Williams’ current contract with one interesting detail.

According to reports, Williams’ reworked contract includes a clause where the 31-year old cannot be the franchise tagged after this season. This will extend the deadline to agree on a long-term deal. The seven time Pro Bowler will be a free agent after the 2020 season if no extension is agreed upon. He will also make $12.5 million.

The assumption as to why Williams and his team took this route, is because he can make significantly more money on the open market, given what he has done in his career, than what he would make on a franchise tag.

For his career, Williams has earned over $95 million in 10 seasons.