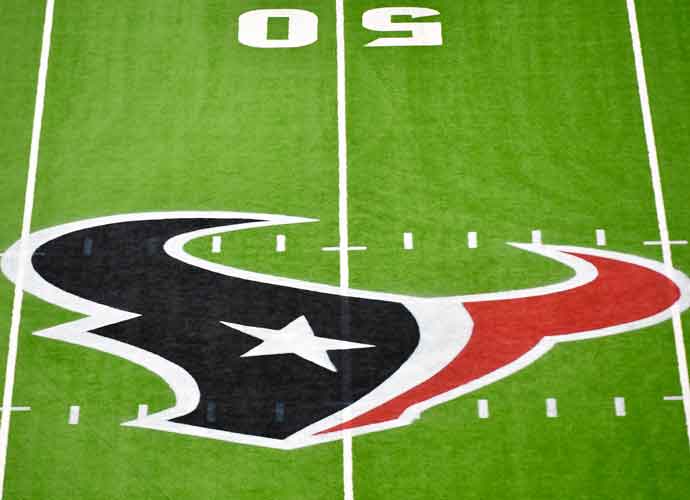 HOUSTON, TEXAS - OCTOBER 25: A detail view of the Houston Texans logo prior to the game between the Houston Texans and the Green Bay Packers at NRG Stadium on October 25, 2020 in Houston, Texas. (Photo by Logan Riely/Getty Images)

The Houston Texans are entering this season with loads of questions and speculation surrounding the franchise. One of the biggest questions is whether star quarterback Deshaun Watson will remain on the team. Watson asked for a trade from Houston before his sexual misconduct allegations were revealed. As for right now, it appears Houston will move on from Watson, but there is still nothing official. The Texans brought in Tyrod Taylor to start at quarterback in case Watson is suspended or traded. They also drafted rookie Davis Mills as the potential future franchise quarterback.

Even if Watson remained on the team, Houston will struggle because it lost key players from last season. The Texans had a disappointing season last year, finishing with a dismal 4-12 record, despite Watson producing a career season.

The offseason moves made by Houston dictated a new direction for the team. The Texans released future hall of farmer J.J. Watt at his request, and star wide receiver Will Fuller left via free agency. The team also hired David Culley as head coach, and Watson requested a trade from the team. Houston is starting to look like a team entering the rebuilding process.

CLICK HERE TO GET THE BEST HOUSTON TEXANS TICKET DEALS!

AFC South: The Texans are not going to be competitive in the division this season. They will struggle against the Colts and Titans but should be able to handle the Jaguars.

Matchups: Houston’s schedule is not favorable. Over the first half of the schedule, they will face a mix of tough opponents such as the Bills, Colts, Browns and Rams. In the second half, they get no break with the Colts, Titans and Seahawks.

Overall: The Texans have to transition into a rebuilding team because of the recent offseason changes that occurred. With the team hiring a new coach and the departure of key veterans, plus the uncertainty of Watson’s situation, it makes sense for the team to move into a rebuilding phase.

Prediction: Houston finishes third in the division with a 5-12 record.

CLICK HERE TO GET THE BEST HOUSTON TEXANS TICKET DEALS!