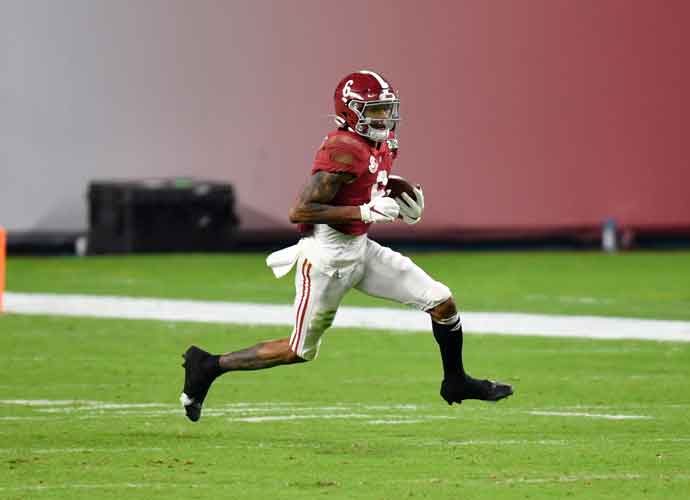 Takeaway: Ja’Marr Chase was undoubtedly the best receiver in 2019 for the National Champion LSU Tigers averaging a mind blowing 21.2 yards per catch on 84 catches (1,780 yards) and 20 TDs. After opting out of the 2020 season, it would be a near impossible task for someone to overtake him for the top spot. Chase possesses great acceleration, a solid set of hands, and all the intangibles it takes for a receiver to perform at the next level. His fantasy draft stock will fluctuate based on who drafts him, but regardless, he is ready to perform right now on NFL and Fantasy football rosters.

Takeaway: Jaylen Waddle is an explosive game-changing receiver that can beat his opponents in a number of ways. He can beat them downfield for the home run, he can beat them with his legs after the catch, and he’s a kick and punt return specialist as well. With Henry Ruggs III and Jerry Jeudy as his teammates in 2019, Waddle led the nation averaging over 12 yards after each catch. With the ability to create big plays, Waddle will have some big fantasy weeks in the 2021 season.

Takeaway: An absolute stud for the Crimson tide, the only real issues Devonta Smith has are his lack of size, and he doesn’t have top notch speed for an NFL receiver. That didn’t stop him in college, and most likely won’t in the pros as Smith is a football savant. He consistently finds ways to get open using his great acceleration, polished routes, and other nuances that a small receiver needs to get by. In the right system, he’ll be a great slot receiver and will be a consistent producer in fantasy leagues going forward.