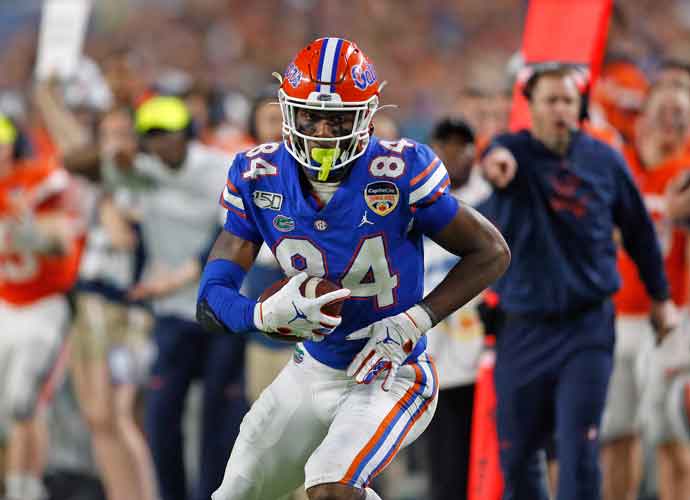 MIAMI GARDENS, FL - DECEMBER 30: Kyle Pitts #84 of the Florida Gators runs with the ball against the Virginia Cavaliers at the Capital One Orange Bowl at Hard Rock Stadium on December 30, 2019 in Miami Gardens, Florida. Florida defeated Virginia 36-28. (Photo by Joel Auerbach/Getty Images)

After Travis Kelce and Darren Waller, the tight end position has been the toughest position to find consistency across the fantasy football landscape. The 2021 NFL Draft isn’t going to change that drastically, but there are a few prospects who could certainly make some noise and earn their way into our fantasy hearts this fall. With a handful of players projected to go in the first three rounds, here are the players that will be worth a look in fantasy drafts:

Takeaway: Pitts is a unique player who breaks the mold of the tight end position. The commonly used phrase a “wide receiver in a tight end’s body” is used a lot when talking about him. Although he doesn’t have the straight-line speed of a wide receiver, he has all of the other skill sets to be a phenomenal pass catcher at the next level. He should certainly go as a first-round pick in Dynasty leagues this season, and is the most likely rookie to contribute right away at the tight end position.

Takeaway: Freiermuth is the career touchdown record holder for tight ends at Penn State, an impressive feat for a player who was primarily a basketball player before turning to football full-time. Freiermuth has great power and athleticism at his size. He’ll be able to use his large body and light feet to box out defenders and rise up for catches over the seam, and once in the secondary he’s not an easy takedown. A probable day-two selection, Freiermuth may need some time to polish up his game before he’s considered a TE1 for fantasy purposes

Takeaway: Jordan is an all around tight end who started for the University Miami since he came in as a freshman in 2018. In a shortened 2020 season, Jordan averaged 15.2 yards per catch, an impressive number for a tight end. He’s a beast once he gets the ball in his hands and never gives up on a play, making him incredibly hard to take down. He has the ability to be a starting tight end in the NFL this season and could be a sneaky sleeper pick in redraft leagues this season.