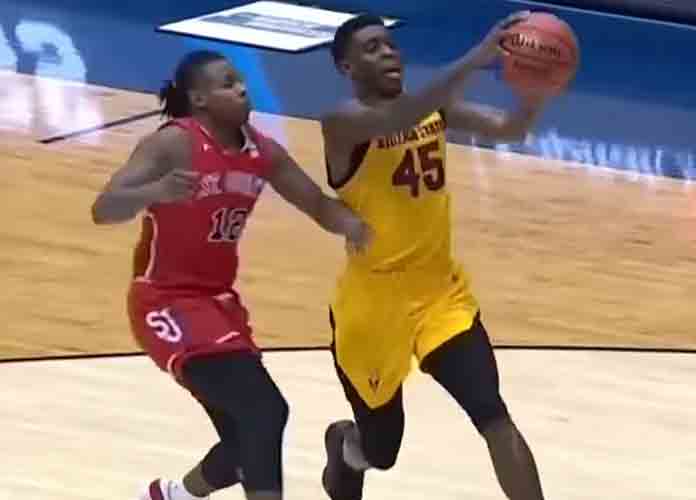 Arizona State gets first tournament win in over a decade

Arizona State is advancing past the first round of the NCAA Tournament after eliminating St. John’s 74-65 in the First Four on Wednesday night in Dayton, Ohio. The Sun Devils never trailed and held off a late run by St. John’s to finally secure their first NCAA Tournament win as a program since 2009.

Wire-to-wire W for the Sun Devils! 🔱

St. John’s, a team who pride themselves on working together and good ball movement, upset Duke last year in the regular season,  later suffered defeat in the first round of the tourney.

Arizona State coach Bobby Hurley said he was proud of the effort his team played with tonight and added that it was vital for the win. He said limiting turnovers and controlling time of possession is something they’re gonna have to work on.

“I loved our effort, how we played in the first half,” said Arizona State coach Bobby Hurley on truTV. “We have to take care of the ball better, so we’ll have to go to the drawing board to clean that up going to the next game.”

Arizona State powered past the underdog St. John’s team with strong performances from some of their most talented players. Potential NBA lottery pick Luguentz Dort finished the game with 21 points and Zylan Cheatham also contributed  14 points in his fifth consecutive double-digit scoring output to help.

The Sun Devils are NOT letting up! 🔥#FirstFour | #MarchMadness pic.twitter.com/JWVBAV5y9o

On another side of the bracket, North Dakota State advanced past North Central after defeating them 78-74 in a postseason thriller. NC Central coach LeVelle Moton’s wish was granted. He said earlier this week his team were hoping to not have to play No. 1 overall seed Duke, and some wishes are answered. No. 16 seed Eagles fell just short of another matchup against the Blue Devils on Wednesday night.

It was a close game throughout, each team matching the other’s energy.

Tyson Ward came up big; the junior finished the game with 23 points, and was dialed in from long range.

Tyson Ward delivered time after time for the Bison!

Coach David Richman was happy after the game, and proud of the way his players had played. Knowing that his team has to play Duke on Friday, he remains focused and is remember for the challenge ahead of his team.
“It feels great,” said winning coach Richman on truTV. “Really proud of our guys’ resolve down the stretch. It’s important we stay in the moment and enjoy this one, then prepare [for Duke]. We have a great challenge, and any great challenge presents great opportunity. We’re excited for Friday night.”

Wait.. we have to play Duke?

With Duke in the way of their dreams led by the potential number 1 pick in the draft, Zion Williamson the Bisons aren’t gonna have too much time to celebrate because it’s the middle of March.