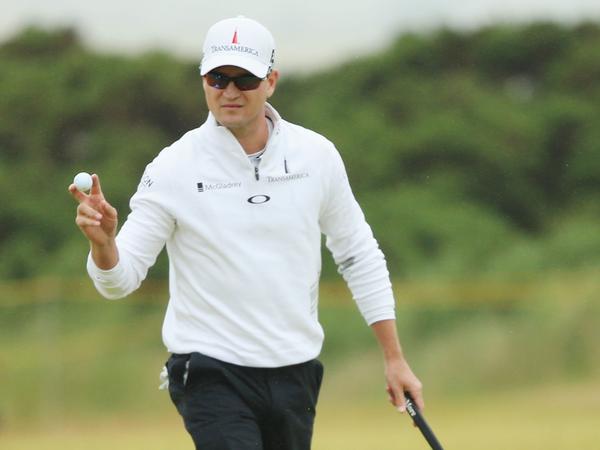 After surviving a late charge by Jordan Spieth and Jason Day and then four-hole aggregate playoff among three golfers, Zach Johnson can add “The Open Championship” to his resume of victories. Johnson has won the 2015 British Open after finishing the playoff with the best score between him, Louis Oosthuizen, and Marc Leishman.

It was a low scoring day at St. Andrews for the delayed final round of the British Open on Monday. Johnson shot -6 on the day, as did Leishman. Spieth, who was in contention for his third major in a row, was unable to make his way into the playoff after struggling at the start of the day, but still shot 3 under par for the final round. He finished at -14 for the tournament alongside Day, who was a co-leader heading into the Final Round and recovered to have a chance at putting himself in the playoff as well. Irish amateur Paul Dunne, who shocked everybody with a score that made him a co-leader after 3, faltered in the final round to settle at -6 for the tournament and finish 30th.

After 18 holes, Johnson, Leishman, and Oosthuizen all sat at -15 for the British Open lead. The three went into a four-hole aggregate playoff, with the lowest combine score receiving the spoils of victory. Leishman fell out after shooting a 5 compared to the other two’s 3 on the first playoff hole, making it a duel between the American Johnson and the South African Oosthuizen. Johnson followed it up with a birdie on the second playoff hole and never looked back, as Oosthuizen parred out the final three holes and was unable to catch Johnson.

The victory is Zach Johnson’s second in a major tournament. His first came in 2007 when he won The Masters tournament at Augusta National. It is also his 26th tournament victory in his professional career. He brings home the Claret Jug for the first time and becomes just the second American to win the British Open this decade– Phil Mickelson did so in 2013.