Yankee Brett Gardner Hit On Back Of The Head By Ball At Blue Jays Game - uSports.org 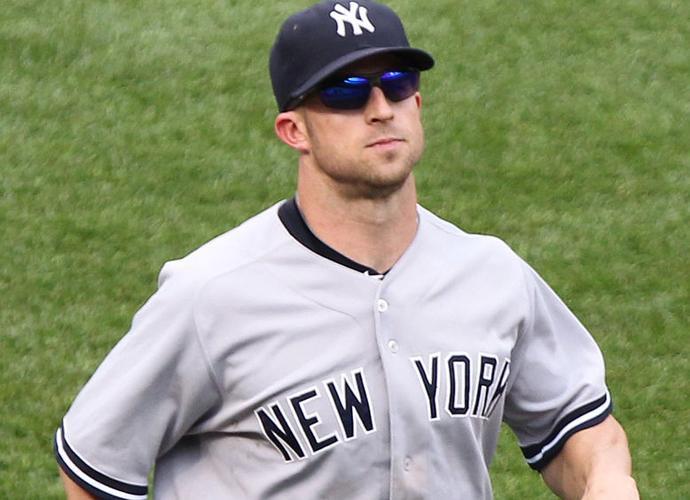 When Toronto Blue Jays right fielder Jose Bautista jacked a home run deep into the left field stands of Yankee Stadium on Sunday, not too many people in the park were anticipating the ball coming back into play – least of all Yankees outfielder Brett Gardner who was pegged in the back of the head by the ball.

The play in question happened in the top of the fourth inning – team medical reports diagnosed a minor bump but Gardner remained in the game and spoke to the press afterwards.

“It’s unfortunate it hit me where it did, but it is what it is,” Gardner said. “I got a hard head, so it’s all good.”

The Yankees have been in a slide of late – the Jays took a three game series this weekend and closed to 1.5 games back in the American League East. Though it has long been a tradition for home team fans to throw back visiting home runs, it’s rare that the fans aim for a player.

Video of this Sunday’s shenanigans even made it onto Vine.

Gardner seemed to maintain as good a humor as could be expected from a player who was accidentally assaulted by his own fans.

“I think they were probably saying I suck, I think. I’m not sure,” Gardner said, jokingly. “I try to block them out most of the time. The home run [Jose] hit was so far — I don’t know how far the ball got thrown back in, but it wasn’t like it was coming in from the second row. So whoever hit me I probably couldn’t have heard them if they tried to say anything anyway. It is what it is.”