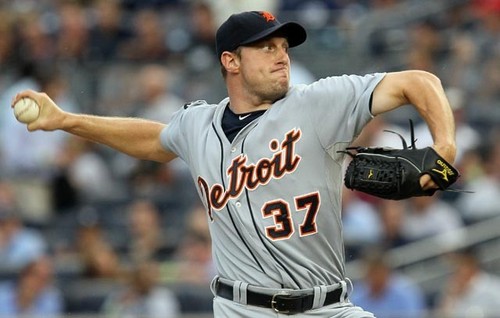 One of the upcoming season’s biggest contenders got stronger Monday, as the Washington Nationals signed free agent Max Scherzer to a seven-year contract. According to ESPN and other sources, the deal is reportedly worth $210 million, with Scherzer receiving $15 million annually over a span of 14 years.

Scherzer is just two years removed from his Cy Young Award-winning season with the Detroit Tigers. He went 21-3 with a 2.90 ERA in 2013 to earn the hardware. Last season was also a very solid one for Scherzer, going 18-5 with a 3.15 ERA. Overall, Scherzer has gone 91-50 in his seven year career with Detroit and the Arizona Diamondbacks.

If the reported deal turns out to be confirmed, Scherzer will become the second highest paid pitcher in baseball. Only the Los Angeles Dodgers’ Clayton Kershaw, with a $215 million contract, would earn more if Sherzer’s $210 million mark stands. Scherzer turned down an offer last March from the Tigers that was worth $144 million over six seasons.

Sherzer was reportedly sought by some of the other heavy hitters in baseball’s free agency market, among them the New York Yankees, Boston Red Sox, and the Dodgers. He ended up on a team that’s been become one of the big boys in the money market in recent years in the Washington Nationals. And in addition with the growing revenue the team has received lately, the Nationals continue to build up a contender. Scherzer will join a loaded rotation with Stephen Strasburg, Jordan Zimmerman and Doug Fister. Although some moves can be made in the upcoming weeks to clear up space for Scherzer’s contract, the combination of arms and bats for the Nats could make them a serious World Series contender.