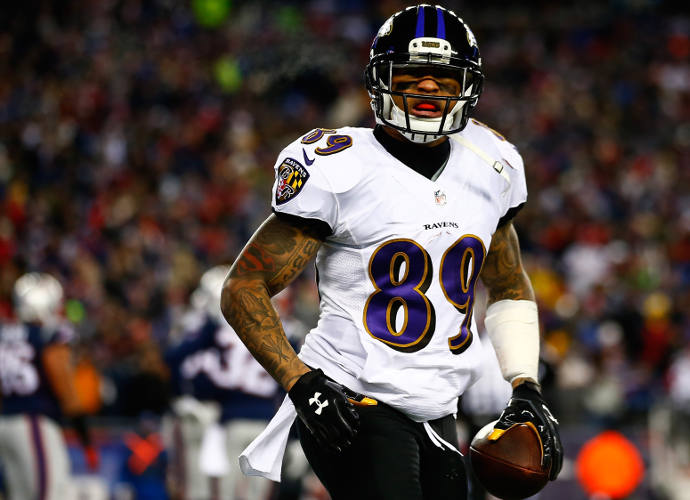 FOXBORO, MA - JANUARY 10: Steve Smith #89 of the Baltimore Ravens celebrates after scoring a touchdown in the first quarter against the New England Patriots during the 2014 AFC Divisional Playoffs game at Gillette Stadium on January 10, 2015 in Foxboro, Massachusetts. (Photo by Jared Wickerham/Getty Images)

Current Baltimore Raven and NFL veteran, Steve Smith has faced much criticism in the past for his play. Whether he has too small, too old, or too slow for a wide receiver, Smith beat out contending cornerbacks on the field and in their minds, as his talk was just as superior as his walk.

After announcing his retirement on Monday after 15 seasons in the NFL, Smith is choosing to leave the NFL instead of taking the boot, which he experienced after 13 seasons with the Carolina Panthers. He says that, “I want to enjoy the journey.”

In 2005, Smith led the NFL with the most catches, receiving yards, and touchdowns – all of which are attributed to both his physical prowess and his style of play. He also was a three time All-Pro Bowl selection even though there were younger receivers in the league playing against him.  When he got traded to the Ravens at 35, Smith showed the NFL that greatness has no specific age or team, as he managed to catch 79 passes for 1,065 yards and six touchdowns.

During a game where Smith caught seven passes for 139 yards, he said of this opponents, “I’m 35 years old, and I ran around those boys like they were schoolyard kids.”

That type of talk has only two outcomes: either people will love you, or they will despise you, and it’s easy to see where people stood. If they were playing against him, then they hated him, if they played with him, they loved him – that’s just the way it goes.

In an interview with the Baltimore Sun, Smith said of teams in the NFL,

“I think there are teams that (are) probably drafting wide receivers hoping that they can get a guy fresh out of a college (who is) able to put up 1,000 yards (like) I did at 35, (and) they’re hoping a 20-something-year-old kid can do (it, too). I think age is a number, and you either show your age and that number over time … But right now, I feel good, and I’m playing well, so I think 36 is good.”

Smith has a career total 915 catches, 13,262 yards and 73 touchdowns, a feat which only six other active players can say.

At this point, retirement is a good option, as his stock at getting into the Hall of Fame is already high.