It's Vanderbilt and Virginia– Again– For the NCAA College World Series Title - uSports.org 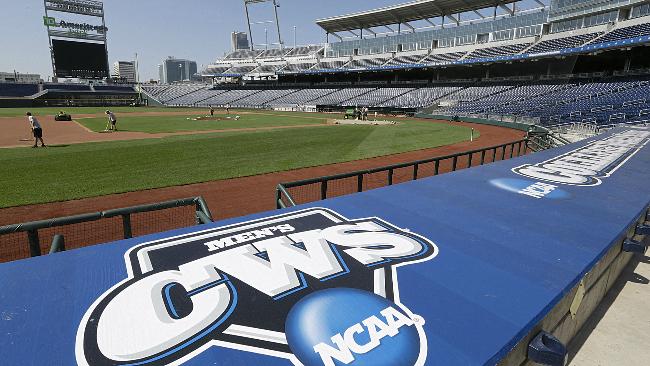 Two familiar foes will go at it in Omaha these next three nights for the 2015 NCAA Baseball championship at the College World Series. After Virginia’s 5-4 win over Florida on Saturday, the Cavaliers move on to face Vanderbilt in the best-of-3 championship series. It’s a rematch of the 2014 College World Series final, which was won by the Commodores two games to one.

Defending champion Vanderbilt has had a fairly easy ride in Omaha, going 3-0 at the College World Series to this point and avoiding the loser’s bracket altogether. Vanderbilt’s also gone 8-0 through the NCAA Tournament. The Commodores also boast two top 10 2015 MLB Draft picks– pitcher Dansby Swanson was drafted first overall by the Arizona Diamondbacks and Carson Fulmer was picked up 8th by the Chicago White Sox.

Virginia had to survive a second game against Florida after losing Game 1 of the semifinals 10-5. The Cavaliers rallied in the late stages of Game 2 to go ahead 3-2 on the Gators and held them off in the 9th inning to clinch their second straight berth in the championship round. Virginia is 8-1 in the NCAA Tournament, including three wins against the SEC and a sweep in the super regionals against former ACC conference mate and bitter rival Maryland.

The championship sets up two familiar foes in Vanderbilt and Virginia, who have gone to the top of the college baseball world in fairly short order. This is only the third College World Series for Vanderbilt, the first coming in 2011, and the fourth for Virginia, who’s first was in 2009. Vanderbilt’s title last year was the fourth in six years for the SEC, but the first baseball title in school history. Virginia has yet to win the national title and is looking to clinch the first NCAA Baseball title for the ACC since Wake Forest did so 60 years ago.

Game 1 is scheduled for tonight at Omaha’s TD Ameritrade Park at 8 pm EST. Game 2 will take place Tuesday and, if necessary, the deciding Game 3 will be held on Wednesday. All games will be on ESPN and first pitches will be shortly after 8 pm EST.