Ty Lawson Gets Traded to the Houston Rockets - uSports.org 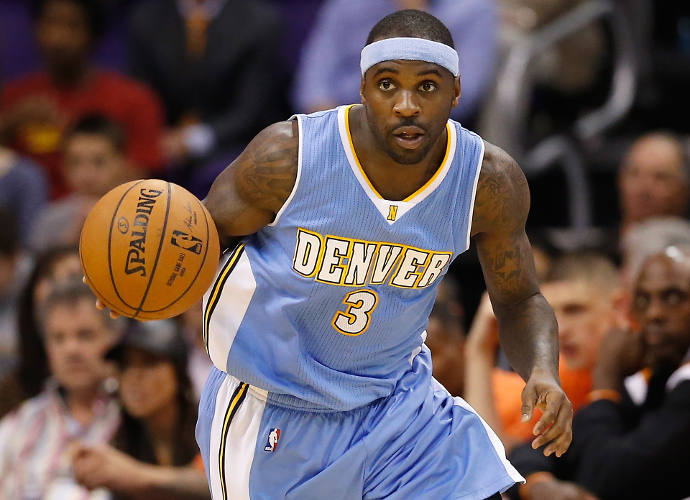 during the NBA game at US Airways Center on November 26, 2014 in Phoenix, Arizona. NOTE TO USER: User expressly acknowledges and agrees that, by downloading and or using this photograph, User is consenting to the terms and conditions of the Getty Images License Agreement.

Ty Lawson Gets Traded to the Houston Rockets

In an attempt to recoup their losses after losing veteran forward Josh Smith, the Houston Rockets have picked up the Denver Nuggets’ Ty Lawson. In a trade that drops unneeded team pieces and adds quality depth to the guard position, the Rockets sent Kostas Papanikolaou, Pablo Prigioni, Joey Dorsey, Nick Johnson and a lottery-protected 2016 first-round draft pick to the Nuggets in return for Lawson and a 2017 second-round pick.

Lawson, who is coming off of a 15.2 points, 1.2 steals and 9.6 assist season, is already receiving positive welcome from his new teammates.

Trouble for the NBA me and @TyLawson3

In addition, the Rockets have re-signed starting point guard Patrick Beverly to a four year, $25 million deal, to solidify an already strong backcourt in All-Star James Harden. With the addition of Lawson, the Rockets will have the ability to spread the floor, giving more room in the paint to Dwight Howard, who played decreased minutes and suffered lower offensive and defense production as a result.

The Rockets, who run a modified version of D’Antoni’s “speedball,” rely on the quickness of the front court and the point guard to outrun their man to create easy scoring opportunities along the arc or in transition. With Josh Smith and Ty Lawson now running this “McHale-sprintball,” the defense will have limited options besides attempting to control the pace of the game from half court or fouling on the fast break.

Let’s just hope we’ll be able to see it happen, as NBA officials are looking into Ty Lawson’s two DUI arrests in a six month span.