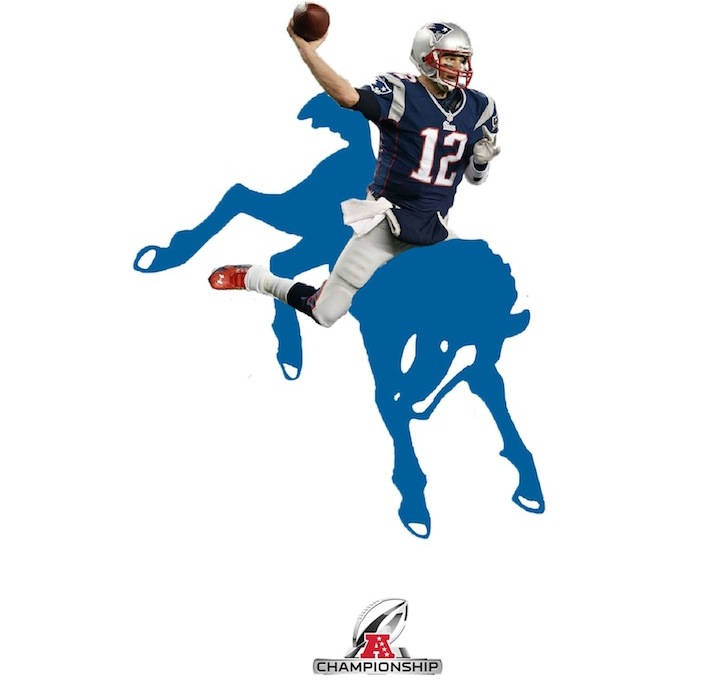 Love or hate Tom Brady, the man certainly has not lost his enthusiasm for the game: even at 37, he is as fired up as all the rookies on the team, which has even got him in a tiny bit of trouble: with his foul mouth leading to some FCC complaints.

Now, he has taken his competitive nature to Facebook, where he — or the people he hired to run his social media channels — have photoshopped a picture of him riding the Colts logo.

This fun little jab touches on what could be a very exciting AFC Conference Championship game: especially since, very few, including myself, believed the Colts had a shot. It is certainly reigniting a rivalry that died when Peyton Manning left for the Denver Broncos.

The AFC Conference Championship is on Sunday, Jan. 18 at 6:30 pm EST on CBS: be sure to tune in later this week to read uSports’ prediction.