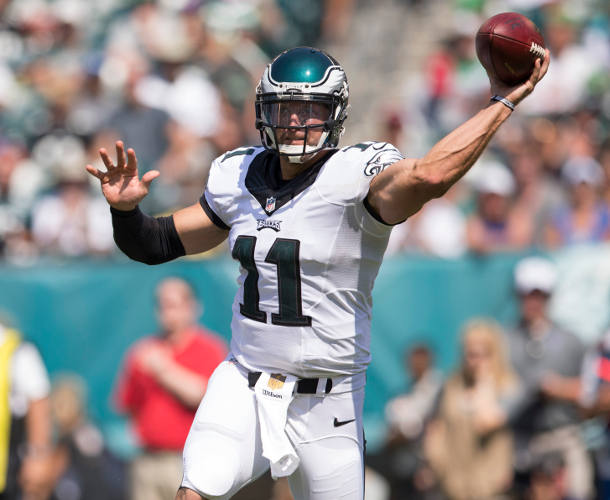 PHILADELPHIA, PA - AUGUST 16: Tim Tebow #11 of the Philadelphia Eagles throws a pass in the third quarter of the preseason game against the Indianapolis Colts on August 16, 2015 at Lincoln Financial Field in Philadelphia, Pennsylvania. (Photo by Mitchell Leff/Getty Images) *** Local Caption *** Tim Tebow

Tim Tebow With Strong Showing In 36-10 Win Over Colts, May Make Eagles Roster

Tim Tebow still has it. After the Philadelphia Eagles ran over the Indianapolis Colts in a 36-10 win during their first preseason game, the future is looking even better for Tebow, who is currently their fourth-string quarterback.

The former starting Bronco QB and Jet wildcat scored the final touchdown on Sunday after driving to the end zone on a seven yard play tailored to him out of the pocket. He also did not play like a fourth-string would, completing 50 percent of all his passes without any turnovers. Even the fans at Lincoln Financial Field got into it, chanting “Tebow!” over and over again.

With the battle for the third QB spot still neck and neck for Tebow and Matt Barkley, Tebow’s position seems to have been bumped up after his recent showing.

Eagles coach, Chip Kelly said of Tebow’s play, “I liked how Timmy threw it.”  If being called Timmy isn’t a leg up on the competition, then I don’t know what is. Showcasing his ability to both pass and run, Tebow is on track to make the 53-man roster, but the deciding factor will be the accumulation of his play after three games.

And even then, Barkley would have to mess up big time, as he too had a solid showing, albeit not Tewbow-essque, turning the ball over once. However, this one turnover could be the deciding factor that puts Tebow ahead of Barkely at the end of the preseason.