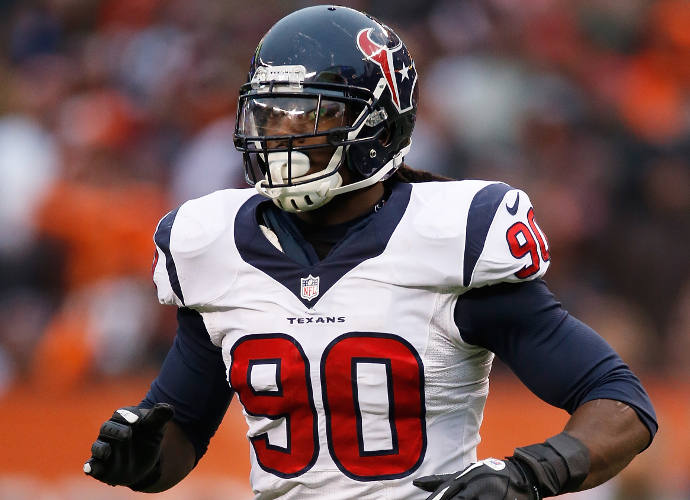 David Morgan, the father of Houston Texans linebacker and University of South Carolina alum, Jadeveon Clowney, was recently arrested and charged with attempted murder after allegedly firing off shots outside a bar in Rock Hill, South Carolina.

Nicknamed “Chilli Bean,” Morgan was in prison while his son was a rising star at his high school.

According to the Rock Hill Herald, an employee at the Crazy Horse Adult Club saw the shooter near a wall at the back of the bar before Morgan began shooting. In self defense, the employee returned fire. Later, Morgan was found at the Piedmont Medical Center being treated for a gunshot wound to the shoulder. While there, he was charged with possession of a weapon during a violent crime as well as for attempted murder.

When Morgan appeared in court on Wednesday, he asked for a public defender. And after the defense attorney asked for a bond due to the injuries that Morgan sustained after the shooting – which was denied by the judge – Morgan walked out of court. But it wasn’t before hearing that he was going to be charged with two counts of attempted murder.

Jadeveon Clowney is currently in his second season in the NFL, but is currently on the inactive list for the Houston Texans. Last year he tallied seven combined tackles at his position. Prior to his NFL career, he was picked number first in the 2014 NFL draft and played for the University of South Carolina and South Pointe High School.