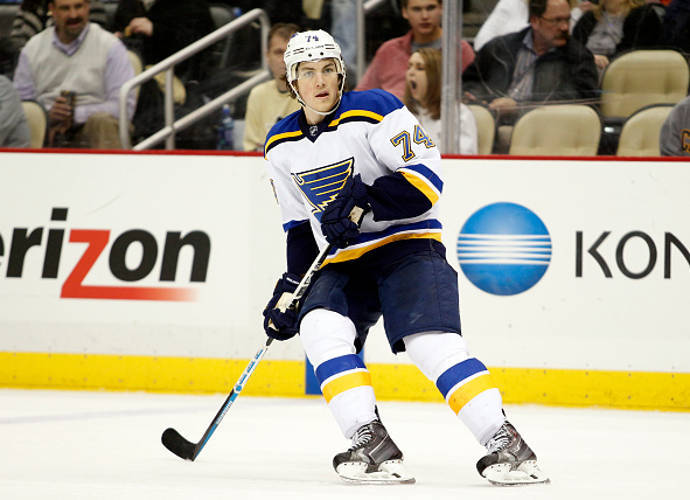 Everyone has a soft spot for little kids, and professional athletes are no better.  It’s even worse when they are crying.

After St. Louis Blues’ T.J. Oshie was traded to the Capitals earlier this month to the Capitals, five-year-old fan Libby Lu experienced her first heartbreak.

Like in normal parent/child embarrassing fashion, her mother posted a video of her on youtube expressing her sadness in a closet. “T.J. Oshie left the team,” Libby said between sobs. When her mom said that T.J. would be back to visit as a Cap, Libby cried even louder, saying, “[if he does] I won’t want him to win!” Little Libby was so sad that she wouldn’t even give her mother a hug.  If that isn’t a true fan, I don’t know what is.

But perhaps, she was being smart all along. That video landed her an appearance on ESPN as well as a call from Oshie, which resulted in a happy Libby. She was so star struck that she asked, “Do you have a swimming pool,” and “Do you have a diving board?” But leave it to Oshie to keep the kids happy. With an invite to swim in his pool, as well as telling her that it would be okay to like multiple teams, T.J. shows the professional athletic world an example of how to be a positive role model to the next generation.

Now while the Capitols may have won in the trade receiving Oshie with 110 career goals and 200 career assists, but we all know who the real winner is.

After the call, Oshie sent a care package full of Capitals gear, including a No. 77 Oshie sweatshirt, a slapshot figurine, mini sticks and a helmet.

I like free stuff. Free stuff is good. And little Libby Lu scored a jackpot.