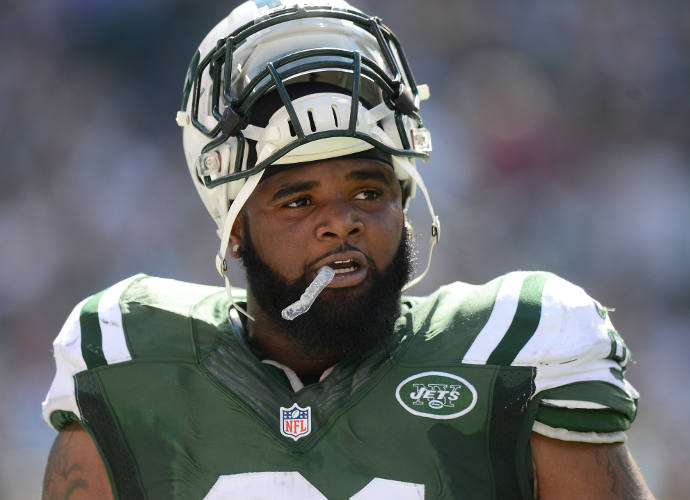 With the NFL’s increasing crackdown on drug use and player arrests, the New York Jets defensive lineman, Sheldon Richardson has been tagged with multiple charges of resisting arrest and traffic violations on Thursday, even after he has been suspended four games for a prior drug use charge.

A statement by the St. Charles County Prosecuting Attorney’s Office stated that while driving, Richardson was caught driving at “high rates of speed,” reaching a high of 143, on the Interstate in an apparent road race.

When officers tried to make a traffic stop, Richardson sped away from them in his 2014 Bentley Silver Spur. And amid growing racial tensions among the police, the officer attempting the stop, pulled and pointed a gun at Richardson after he went through a traffic light, turned off his lights, and pulled into the garage of a house that he did not own. Two other adult males were with Richard, but the officer said that he pulled the gun out because he saw Richardson reach for something. After exiting the car, the officer found a semi-automatic handgun where he saw Richardson to be reaching well as smelling marijuana.

He was not charged for the gun possession or marijuana, but he was issued a traffic summonses, and will appear in the St. Charles County Circuit Court on Oct for his charge of resisting arrest, a Class A misdemeanor.

When questioned by the media about his drug tests, he said that he would not fail another one as “[He’s] not a dope fiend. I failed every drug test and this drug test, so there was no reason to appeal it. I take full accountability for my actions.”

Richards, who is in his third year with the Jets, last year had 66 combined tackles, 1 forced fumble, and 8 sacks, for a career total of 144 tackles, 2 forced fumbles, and 11.5 sacks.