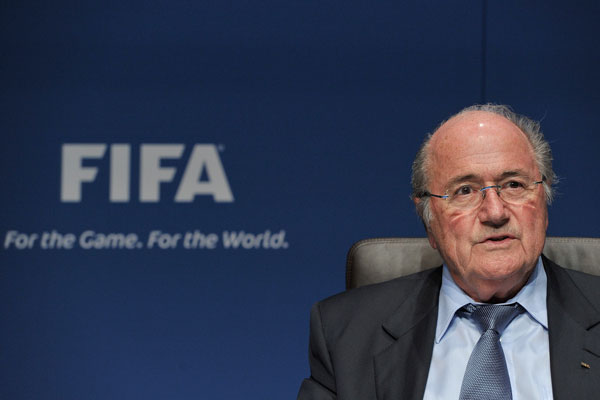 After a FIFA task force recommended a November-December schedule for the 2022 FIFA World Cup in Qatar, FIFA President Sepp Blatter told reporters that Dec. 18 is the absolute latest the final could be held. This comes after UEFA, Europe’s soccer sanctioning body, suggested a December 23rd ending.

“We have to stop at the 18th,” Blatter said after meeting reporters in Belfast for an International Football Association Board meeting. “The World Cup will not go on until the 23rd, definitely not.”

The move will be slightly more welcoming for England, as multiple big wigs are trying all they can to lobby FIFA to protect their festive period slate of matches around Christmas. A Dec.18 end would make it more possible for the Premier League and lower divisions to hold their Boxing Day (Dec. 26) matches, which are a huge tradition in England.

Still, the recommended move of the 2022 World Cup to winter has upset many the heads of many leagues, especially those in Europe. A November-December World Cup will disrupt the seasons of almost every major league in the world of soccer. The move, which is subject to FIFA executive committee approval in March, is being done due to the unbearable heat that affects Qatar in the World Cup’s traditional months of June and July.

Although Blatter has been the most vocal defender of FIFA’s decision to hold the 2022 World Cup in Qatar, he’s grown more and more under fire in the soccer committee for it. The weather conditions and the move to winter are only some of the problems facing the future event, as Qatar’s human rights issues, construction problems, and lack of transparency have all plagued FIFA over the decision.