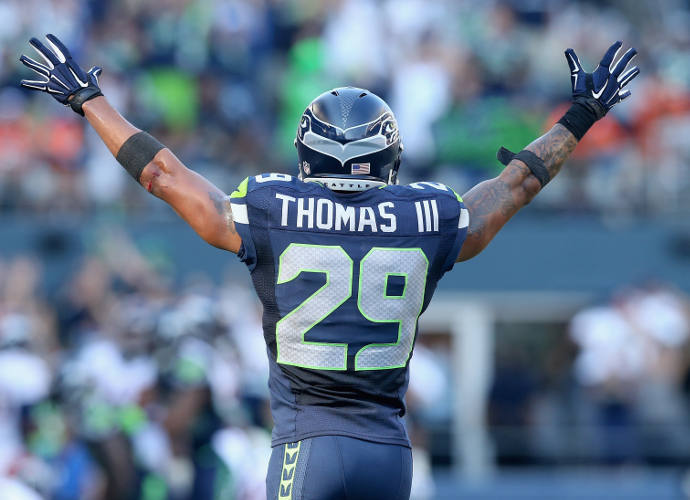 Seattle Seahawks Free Safety Earl Thomas has questionable status to be cleared for training camp and participate in the first game of the season on Sept. 13 against the St. Louis Rams, according to ESPN.

The 5’10’’, 26-year old safety injured his shoulder during the NFC Championship Game, but pushed on to play in the Super Bowl XLIX loss to the New England Patriots. He went under the knife in February in order to repair a torn labrum.

Seahawks' Earl Thomas, recovering from torn labrum, told @Edwerderespn he will not be ready for camp and regular-season opener is uncertain.

Last year during the regular and post season, Thomas totaled 122 tackles and 4 forced fumbles, for a career total of 442 total tackles and 8 forced fumbles. This is on top of the already impressive career 16 interceptions, 223 intercepted yards returned, and 38 passes defended.  If he does not return, the Seahawks will have a difficult time replacing him in the Legion of Boom, which includes cornerbacks Richard Sherman, Cary Williams and fellow safety Kam Chanellor.