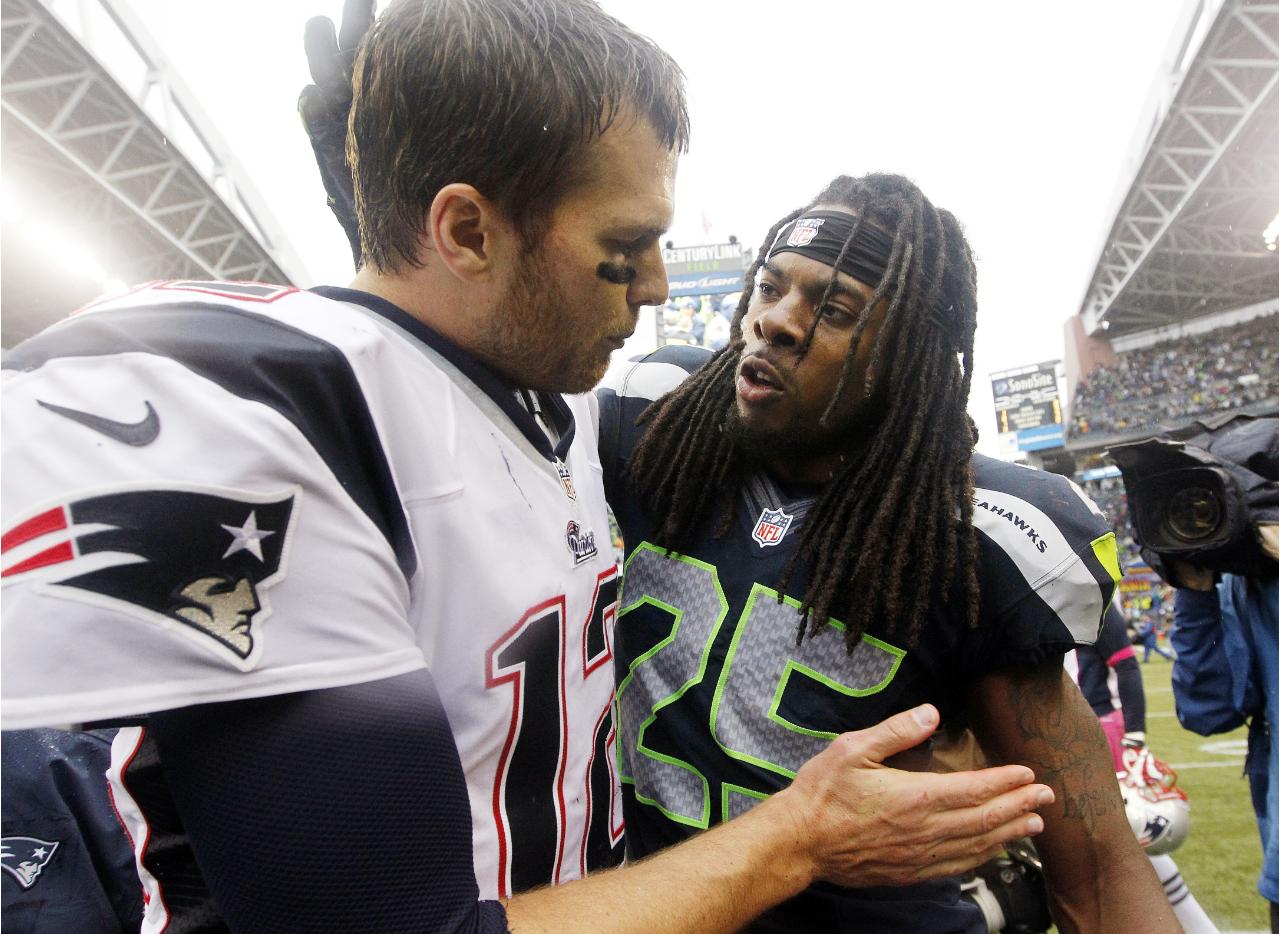 Conference Championship Sunday has come and gone in the NFL, with each conference’s top seed making it out of the round to reach Super Bowl XLIX. The Seattle Seahawks capped off a stunning fourth quarter comeback by taking down the Green Bay Packers 28-22 in overtime to win the NFC championship. The road would be much smoother for the New England Patriots, who cruised to an AFC championship title in a 45-7 romp over the Indianapolis Colts. The results set up the second straight Super Bowl between the conferences’ top seeds.

Although it comes as no surprise that the defending champion Seahawks are back in the Super Bowl, how they got there on Sunday is. After a sloppy first half, with quarterback Russell Wilson throwing 3 interceptions, the Packers were up 16-0. Many fans declared the game to be over as the Seahawks looked extremely flat as their stunned fans, known for being among the loudest in the league, sat in quiet. Mike McCarthy’s decisions to kick field goals rather than go for it on 4th and goal didn’t look like they were going to bite the Packers back the way the game was going. Even with five minutes remaining in the 4th quarter, Green Bay looked in clear control with a 19-7 lead.

The tide turned after Wilson capped off a 69 yard drive with a touchdown run to make it a 5 point game. In a moment that will haunt the minds of “cheeseheads” for years to come, the ensuing onside kick went off of Packers tight end Brandon Bostick and into the hands of Seahawks Chris Matthews to give Seattle an opportunity to take the lead. Wilson led the Seahawks on a drive once again, as Marshawn Lynch powered his way to a 24 yard run to give the Seahawks a 22-19 lead after the two-point conversion. The Packers were able to send the game into overtime after a Mason Crosby field goal, but the damage was already done.

In overtime, Wilson connected with Jermaine Kearse for a 35 yard pass to give the Seahawks the 28-22 victory and cap off an impressive comeback. After struggling through most of the game, Wilson showed up when it mattered most and led his team back to the Super Bowl. It will be Seattle’s third Super Bowl appearance and second in a row.

Meanwhile, the Patriots saved the dramatics and made quick work of the Colts in their conference championship. Tom Brady and the Patriots offense were up to their usual tricks on Sunday, running and passing the ball all over the Colts defense. Brady had 226 yards passing and 3 touchdowns, while running back LeGarrette Blount added 148 yards on the ground and also tallied three touchdowns. New England’s defense also stepped up and continued to be a nuisance for Colts quarterback Andrew Luck, as they limited him to 126 yards and two interceptions. The Patriots took their 10 point lead and stepped on the gas in the third quarter, making it 38-7 at the end of the frame, and made it unreachable in a hurry. In the end, what was anticipated to be a “Old School vs. New School” battle became a 45-7 blowout for the AFC title. This will be Brady and head coach Bill Belichick’s sixth Super Bowl with the Patriots and the eight appearance for the franchise overall.

But like many other instances of the Patriots’ success, it doesn’t come without controversy. Reports surfaced this morning that the NFL is investigating whether or not the Patriots intentionally deflated their footballs. Although it had little effect on the game, given the Patriots’ dominating performance, it does raise some more eyebrows towards a coach and franchise that has had issues in the past, most notably “Spygate,” when the Patriots filmed opposing teams’ practices. A fine can be levied on the Patriots should the NFL find any wrong doing. For right now, Brady and his team’s moving past the issue, calling it “ridiculous” and something he “won’t even respond to.”

Super Bowl XLIX is now all set to go in Glendale, Arizona on February 1st. The Seattle Seahawks are looking to become the first team to win back-to-back Super Bowls since the New England Patriots did so ten years ago. That Super Bowl XXXIX title just so happens to be the last time the Patriots were champions. Throw into the mix that the Patriots’ perfect season was derailed by the New York Giants in the same stadium in Super Bowl XLII, and you’ve got a Super Bowl jam packed with story lines up ahead.