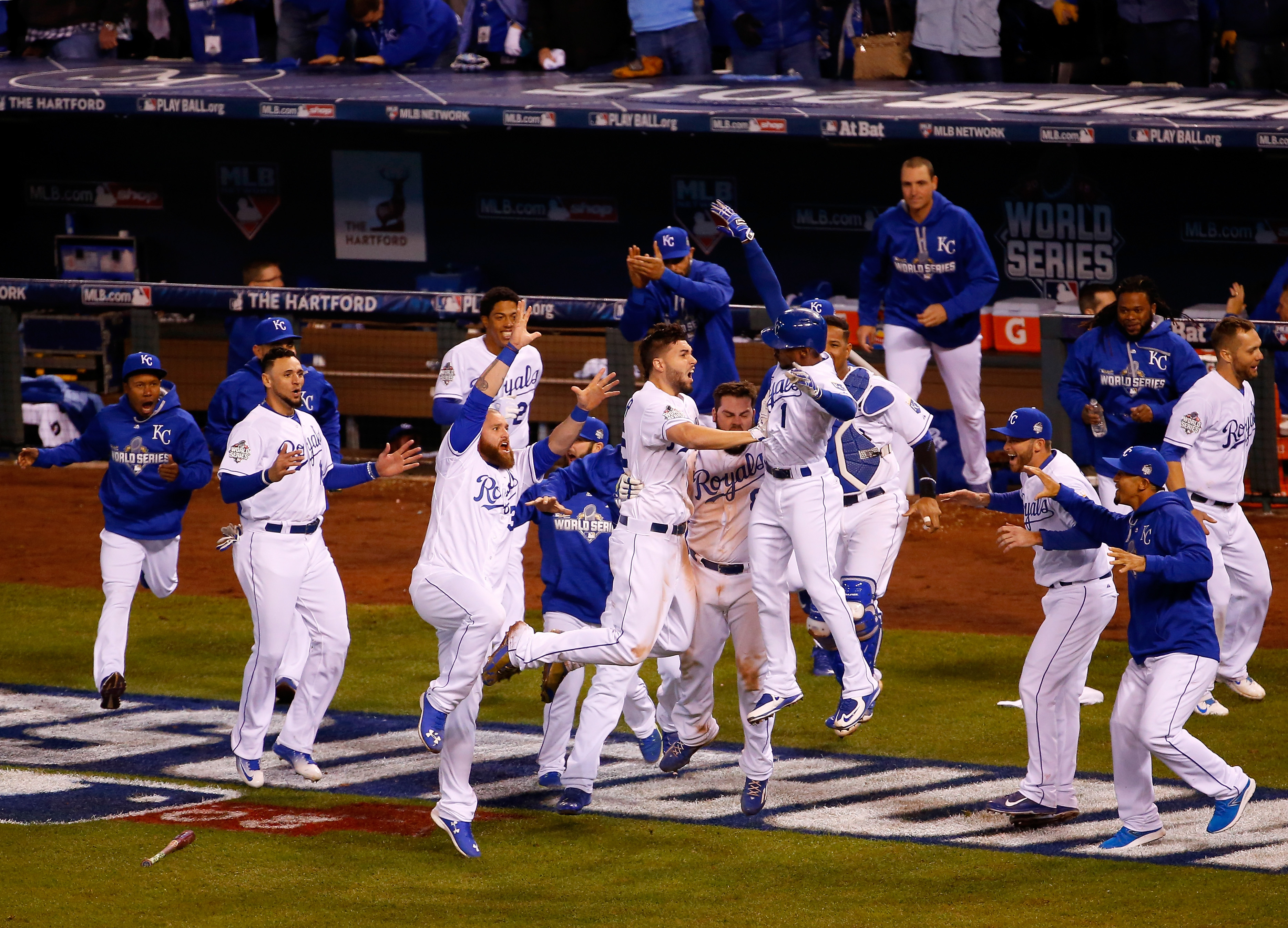 Last night was the first glimpse at what should be an epic World Series between two teams who have not won it all since the 1980’s. Both the Kansas City Royals and the New York Mets were fighting each other in terms of hits and pitching in a game that tied for the longest World Series game played with 14 innings and the total play time clocking in at five hours and nine minutes. Not to mention a power outage occurring during the game in blacking out the entire national TV audience from viewing the game.

This monumental game all started with Mets starter Matt Harvey giving up an inside-the-park home run on his first pitch to Royals shortstop Alcides Escobar based on bad communication by Mets outfielders Michael Conforto and Yoenis Cespedes. Harvey ended up not looking like his usual ace self in allowing three runs and five hits and only recording two strikeouts. On the other side, Royals starter Edinson Volquez held the Mets to three scoreless innings but finished with six innings pitched and allowing six hits and three runs as well. While doing this, Volquez had no knowledge of his father passing away that morning in his home country of the Dominican Republic and left for home right after his start.

After a rally in the eighth that had Mets outfielder Juan Lagares score off a single hit by shortstop Wilmer Flores to go ahead the Royals, the Royals were not giving up just yet. With Mets closing sensation Jeurys Familia on the mound to close out Game 1 with a win, clutch Royals hitter Alex Gordon hit a bomb of a solo home run to center field to take the game to extra innings. With primarily Mets experienced reliever Bartolo Colon and Royals pitcher Chris Young tossing inning gems, it would be up to the hitter to act quickly when there were men on base during these at bats. Mets captain and third baseman David Wright struck out in the 10th inning with two men in scoring position, slipping away the chances of the Mets winning. When it came to the 14th, the Royals acted quickly in getting the bases loaded and having first baseman Eric Hosmer come up to the plate. In hitting a sacrifice fly ball to Mets right fielder Curtis Granderson, he did not have enough arm strength in catching Escobar for the winning run and the Royals taking away Game 1.

After all this play and exhaustion, the Mets and Royals will play again tonight in Kansas City for Game 2 with first pitch scheduled for 8:07 p.m. The pitching matchup will include long-hair aces in Mets pitcher Jacob deGrom, who has been superb in every postseason start, and Royals ace Johnny Cueto, who has not been as flashy in the postseason but will be tested in his first World Series appearance.