Ronda Rousey Says She Would Beat Floyd Mayweather In A Fight - uSports.org 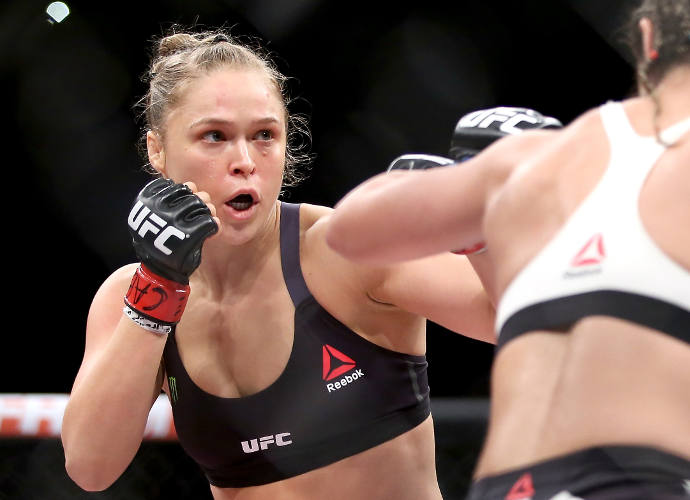 Ronda Rousey Says She Would Beat Floyd Mayweather In A Fight

Perhaps Floyd Mayweather needs to reschedule his next sanctioned bout and face UFC star Ronda Rousey. After ongoing rabble-rousing starting with “Money” referring to Rousey as a “he,” the UFC fighter has responded saying, “I wonder how Floyd feels being beaten by a woman for once, try pretending you don’t know who I am now.”

Mayweather, in The Money Team fashion, responded again saying, “I’ve yet to see any MMA fighter, or other boxer, maker over $300 million in 36 minutes. When she can do that, then call me.”

UFC, being the fight instigators they are, posted the following tweet, and it speaks for itself.

However, on Monday, Rousey participated in a Reddit AMA and the question was brought up if she could “legitimately beat Floyd Mayweather in a ruleless fight”?

To which, she answered:

Do I think I would legit beat Mayweather in a ruleless fight? Floyd is one of the best boxers of all time. He would definitely beat me in a boxing match. I unfortunately don’t get into “matches.” I fight for a living. In a no rules fight, I believe I can beat anyone on this planet. Boxing is a sweet science with strict rules that I respect very much and aspire every day to improve at. But you said ruleless fight, and that’s my honest answer.

And perhaps they will get into the ring at once point, but as Rousey told access Hollywood, “Well, I will never say that I can’t beat anyone. I don’t think that me and him would ever fight, unless we ended up dating.”

For the sake of TV, though, let’s hope that they do.