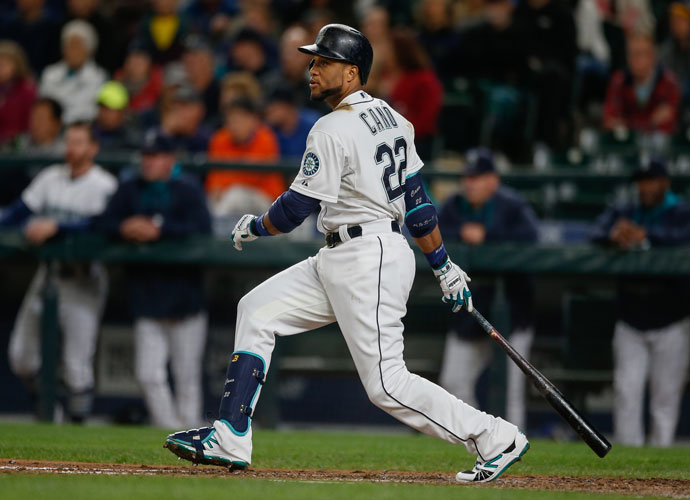 SEATTLE, WA - SEPTEMBER 28: Robinson Cano #22 of the Seattle Mariners singles in the fourth inning against the Houston Astros at Safeco Field on September 28, 2015 in Seattle, Washington. (Photo by Otto Greule Jr/Getty Images)

Even in the Emerald City, the grass isn’t always greener on the other side of the fence. Robinson Cano might be learning that first hand.

After growing to stardom with the New York Yankees, the second baseman left for free agency where he signed a massive contract with the Mariners. Even though he will make $24 million a season until 2023, he reportedly isn’t happy playing in Seattle.

The saga started last week, when former Mariners first base coach Andy Van Slyke appeared on a St. Louis radio show where he tore into the second baseman; he called Cano the worst player on the team and stated that his poor play cost several people their jobs.

Shortly after, John Harper of the New York Daily News reached out to a “long-time friend” of the Mariners’ infielder to get the pulse of the situation. “But even if Cano has had the best intentions as a Mariner, one long-time friend who spoke to him recently says the second baseman is not happy in Seattle, especially with a new regime in charge there now, and that he’d love to somehow find his way back to New York,” he wrote.

While the amount of money Seattle would have to eat to cut bait with Cano seems prohibitively high, stranger things have happened. In the meantime, the second baseman is already getting ready for his next season in the Pacific Northwest.

Getting ready for next season. @Mariners pic.twitter.com/iSg6IVmUOf

Photo: Robinson Cano #22 of the Seattle Mariners singles in the fourth inning against the Houston Astros at Safeco Field on September 28, 2015 in Seattle, Washington. (Photo by Otto Greule Jr/Getty Images)

MLB Owners Give ‘Ok’ To Proposal Regarding Starting Season, Players To Vote Soon