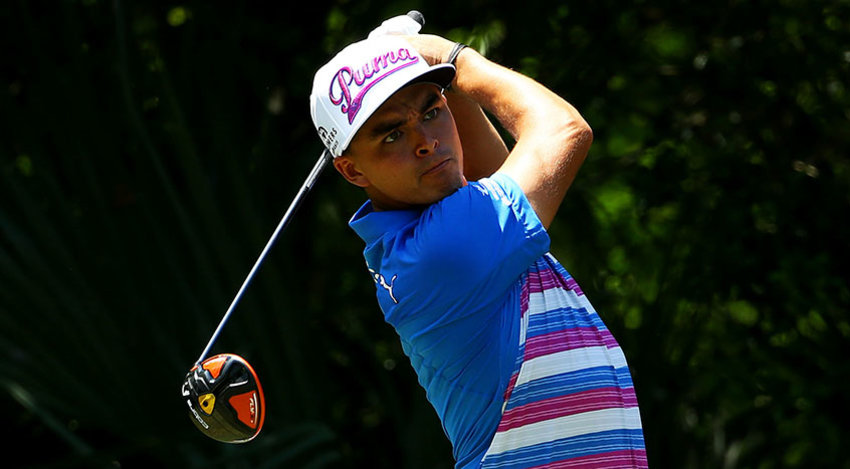 Rickie Fowler stormed through the final six holes at TPC Sawgrass and held his own through a three-way aggregate playoff and head-to-head sudden death playoff to take the 2015 Players Championship.

Fowler shot five under par in the final four holes of regulation with a birdie-eagle-birdie-birdie stretch to make up a six shot deficit. He would be forced into a three-hole playoff round, the first in The Players Championship’s history, with Kevin Kisner and Sergio Garcia. Fowler and Kisner matched each other stride-for-stride with a par and two birdies, while Garcia was eliminated after hitting par on his final two holes. That forced a sudden death playoff hole on the notorious 17th hole, where the green is completely surrounded by water. For the third time on Sunday, Fowler made easy work of golf’s most daunting hole by hitting birdie. Kisner was unable to match Fowler’s effort, giving Fowler the big win at Sawgrass.

The win is Fowler’s biggest of his career, but only the second in the promising young golfer’s PGA Tour life. The win broke a three year drought, as Fowler’s last win came at the 2012 Wells Fargo Championship in Charlotte.

Recently, an anonymous poll of PGA Tour golfers ranked Fowler as the most overrated on tour. However, with the win in golf’s unofficial “fifth major” this weekend, Fowler has plenty of momentum and confidence heading into this year’s major tournaments. He finished top 5 in all the majors last year and had a decent showing at The Masters in April. With the US Open on the horizon, Fowler might soon join Rory McIlroy and Jordan Spieth in the conversation of golf’s world-class young stars. Rickie has always been a fan favorite for his colorful outfits and outgoing personality. Now his performance on the course could take him to new heights among the sport’s best.

Read more about:
Golf Rickie Fowler The Players Championship
Listen to the uInterview Podcast!
Get the most-revealing celebrity conversations with the uInterview podcast!