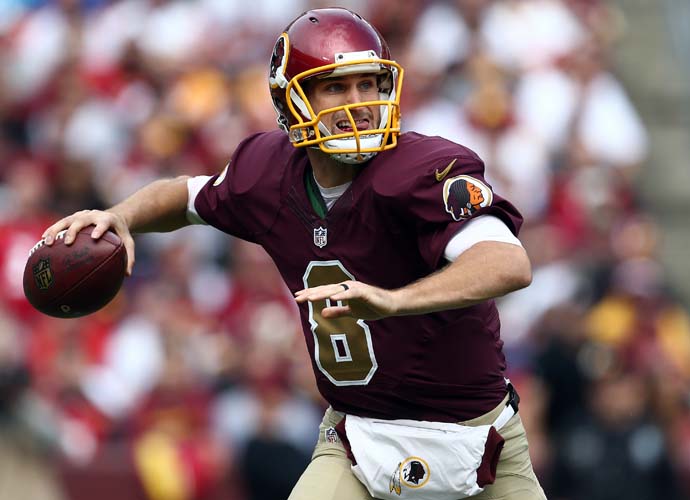 The Washington Redskins had a lot to fight for coming into Sunday’s Week 7 matchup against the Tampa Bay Buccaneers. According to head coach Jay Gruden, this was a “code red” situation in that the Redskins had to win the game in order to stay within contention of the tough NFC East division. By halftime, the Redskins were trailing the Bucs by 24 points and it seemed all hope was lost on their home turf.

Then a fire was lit under Redskins quarterback Kirk Cousins & Co. as he led the Redskins to three second-half touchdowns, which included two touchdowns to tight end Jordan Reed (with the other touchdown credited to running back Ryan Grant). On the final drive trailing by 6 with two minutes to go, Cousins went 9 for 11 for 75 yards, finishing with a 6-yard touchdown to Reed leaving 24 seconds left on the clock and a stunned Bucs defense. Cousins’ final stat line saw him throwing 33-40 for 317 yards, three touchdowns and no interceptions. “It was a good lesson: Just keep playing and you never know what can happen,” Cousins said after the game.

This comeback win, the largest in franchise history, brings the Redskins to a tie for second place with the Philadelphia Eagles and trailing the New York Giants by one game in the division. A bye week is ahead of the Redskins before they head to New England on November 8 to play the currently undefeated Patriots.

PHOTO: LANDOVER, MD – OCTOBER 25: Quarterback Kirk Cousins #8 of the Washington Redskins drops back to pass in the second quarter of a game against the Tampa Bay Buccaneers at FedExField on October 25, 2015 in Landover, Maryland. (Photo by Matt Hazlett/Getty Images)

Read more about:
Buccaneers NFL Redskins
Listen to the uInterview Podcast!
Get the most-revealing celebrity conversations with the uInterview podcast!