Rangers' Adrian Beltre Hits Third Cycle, First Player To Do So Since 1930 - uSports.org 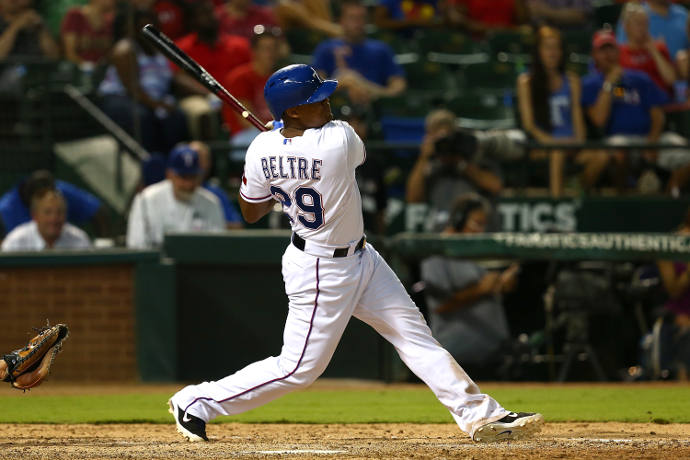 during a game against the at Globe Life Park in Arlington on August 3, 2015 in Arlington, Texas.

Rangers’ Adrian Beltre Hits Third Cycle, First Player To Do So Since 1930

For those who don’t know, a full or natural cycle is when a batter hits a single, double, triple and a home run in a single game.

While he alone had stellar play, he was only one of five of his teammates to hit multiple RBIs that game.

What makes Beltre’s cycles even more impressive, is the fact that they have all come from the confines of Globe Life Park in Arlington. His first was in 2008 and his next was in 2012. He becomes the first person in the Ranger’s 55 season history to have more than one cycle.